What to Eat in Germany, According to A German 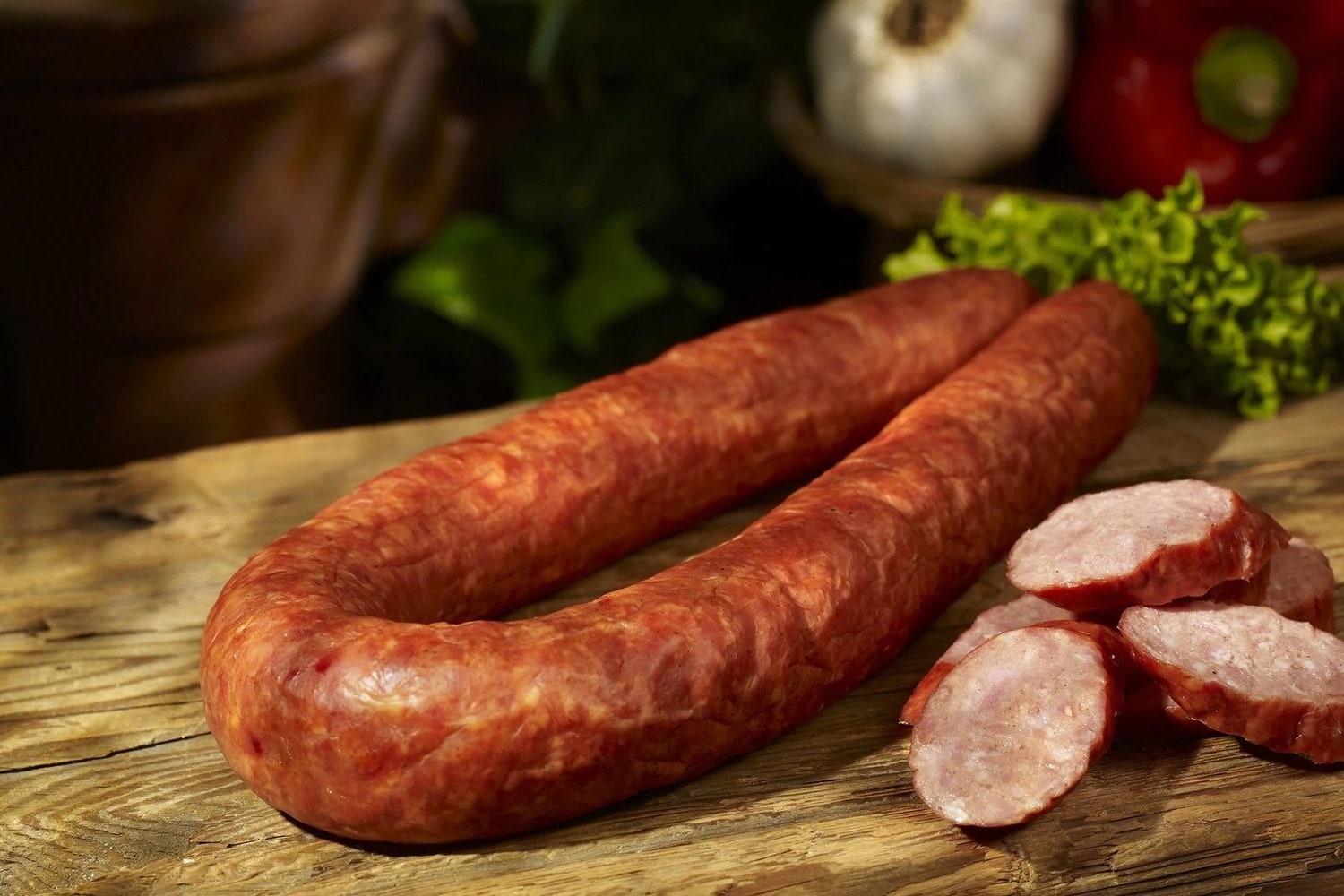 When I talk about Germany with Germans, the conversation usually revolves around World War, Hitler, Nazis, Berlin wall, beer, Oktoberfest, brexit, Angela Merkel etc. I don’t remember talking about food in Germany except about sausages and I had no idea what to expect from German cuisine.

This all changed when I met Alex, a friend from Germany whom I met in Kathmandu. Beside our travel experiences, we shared our views about life, religion, politics, humanity and a lot more. When Alex told me about her plan to visit India for the first time soon, our discussion was focused on places to visit and foods to try in India. I introduced her to Indian food at a small Kashmiri restaurant in Thamel and suggested her what to eat and drink in India.

This is when I came to know about the interesting world of German food which goes beyond sausages. Alex told me about different types of German bread, cookies, snacks, main dishes etc.

This is when we decided to make a list for each other: What to eat in India and Germany. In my previous article, I shared a long list of more than 50 foods to try in India that included snacks, main course, sweets, drinks etc.

What to Eat in Germany

Originating from Hungary, Gulasch or Goulash is a stew of meat and vegetables usually seasoned with paprika and other spices. I am definitely looking forward to try this. 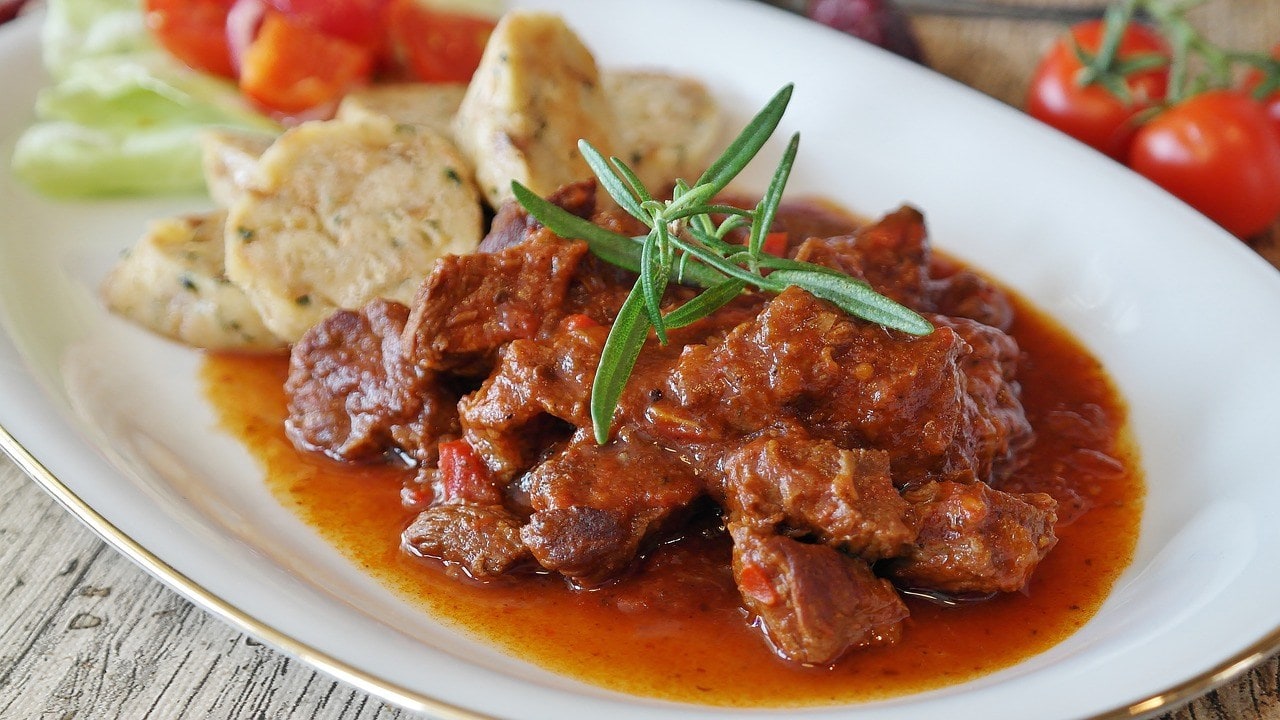 A type of pasta made with fresh eggs from Swabia, Germany’s south-western border. Different variations exists in neighbouring region but only the Swabian spätzle have been recognised by the European Union with a Protected Geographical Indication for their quality.

Boiled dumplings usually made from flour, bread, or potatoes. I would like to try them with topfenknödel. 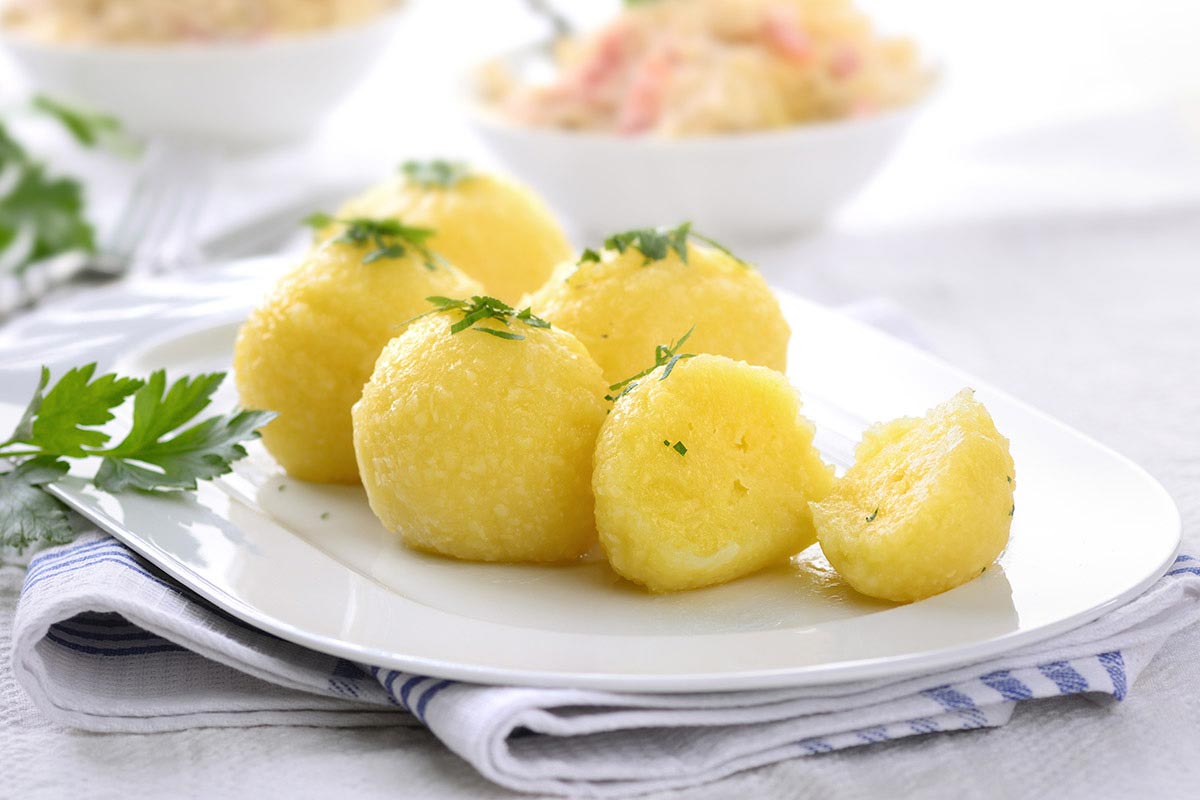 Traditional German potato salad. Made from boiled potatoes and a variety of other ingredients. Generally accompanies other main dishes. 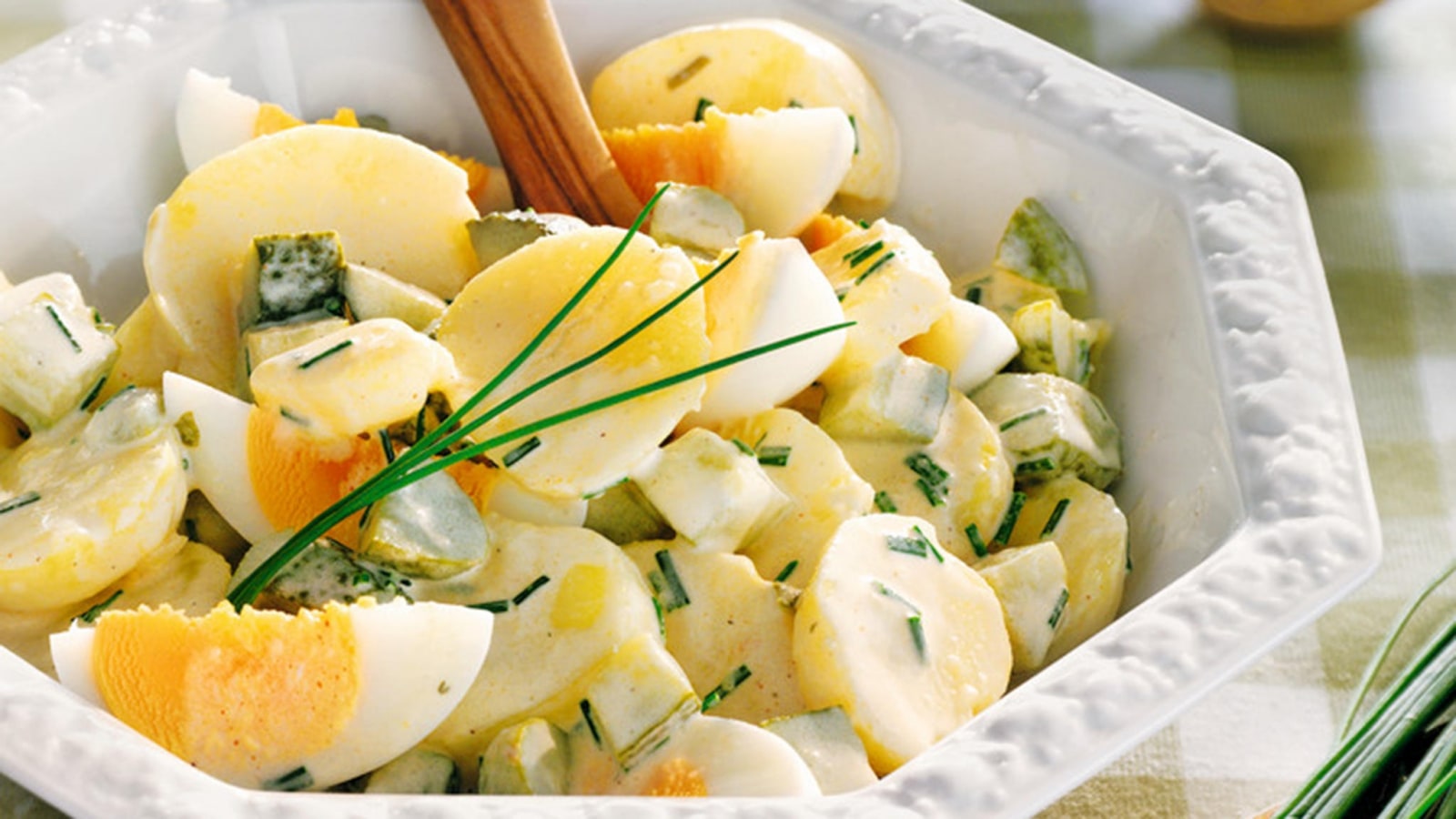 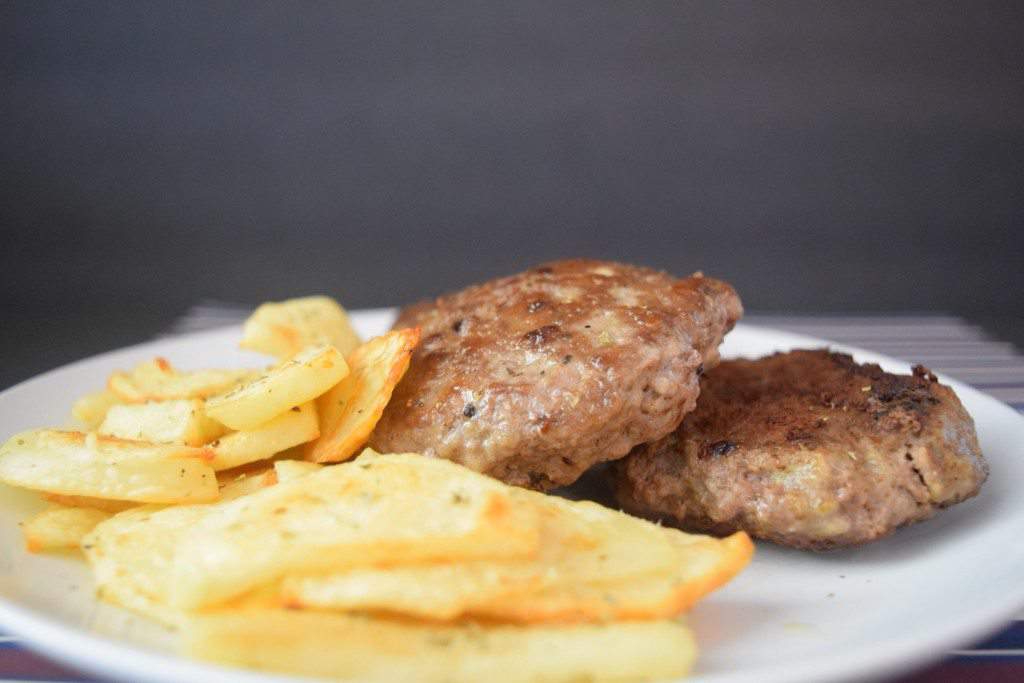 German soft pretzels. A good German laugenbrezel is expected to be thick and soft in the middle, thin and crunchy outside, and shaped into three equal loops.

A typically heavy, slightly sweet rye bread traditionally made with sourdough starter and coarsely ground rye. Today, pumpernickel is commonly made with a combination of rye flour and whole rye berries. 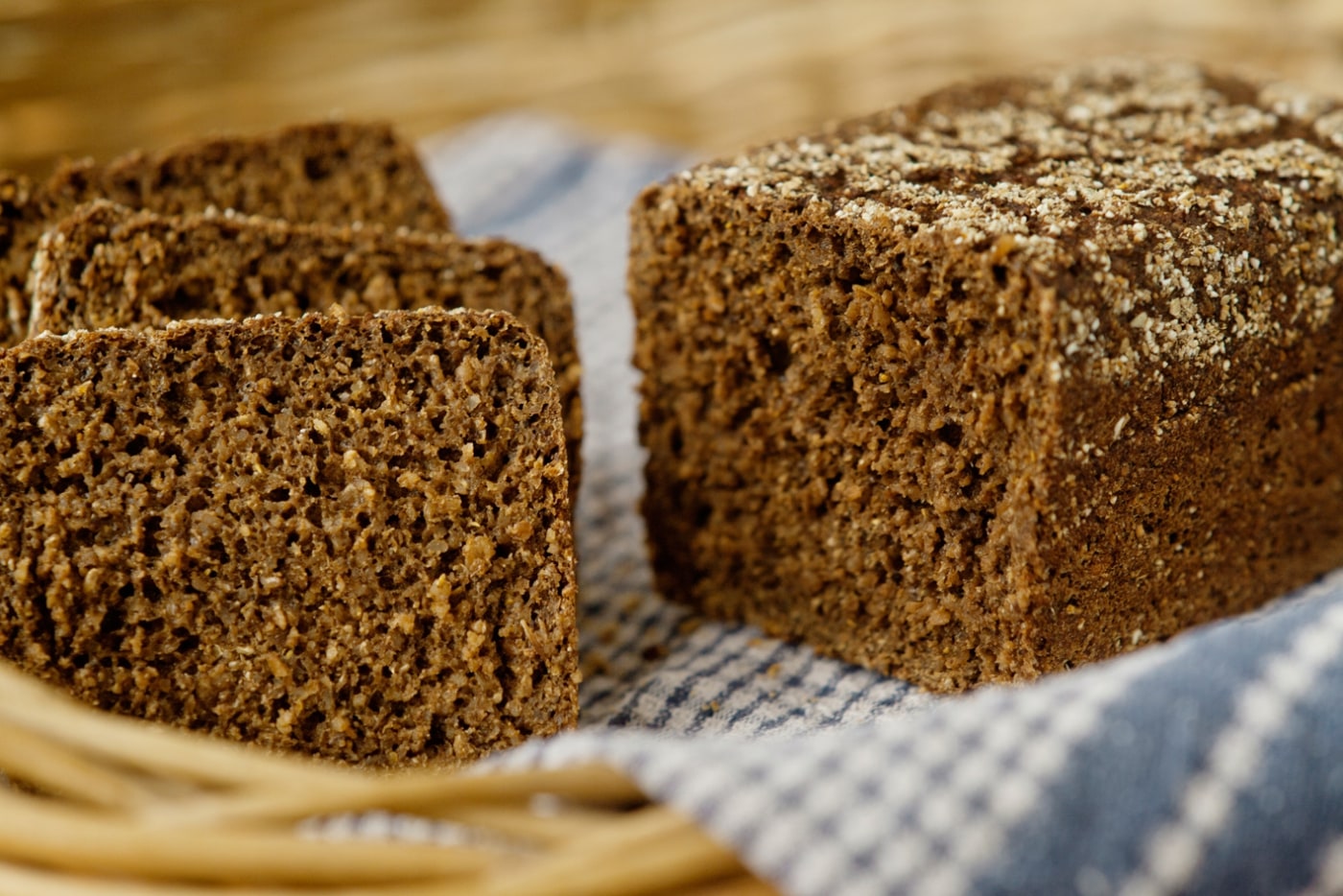 German crumb cake. Traditionally made of a yeast dough covered with a sweet crumb topping referred to as streusel. 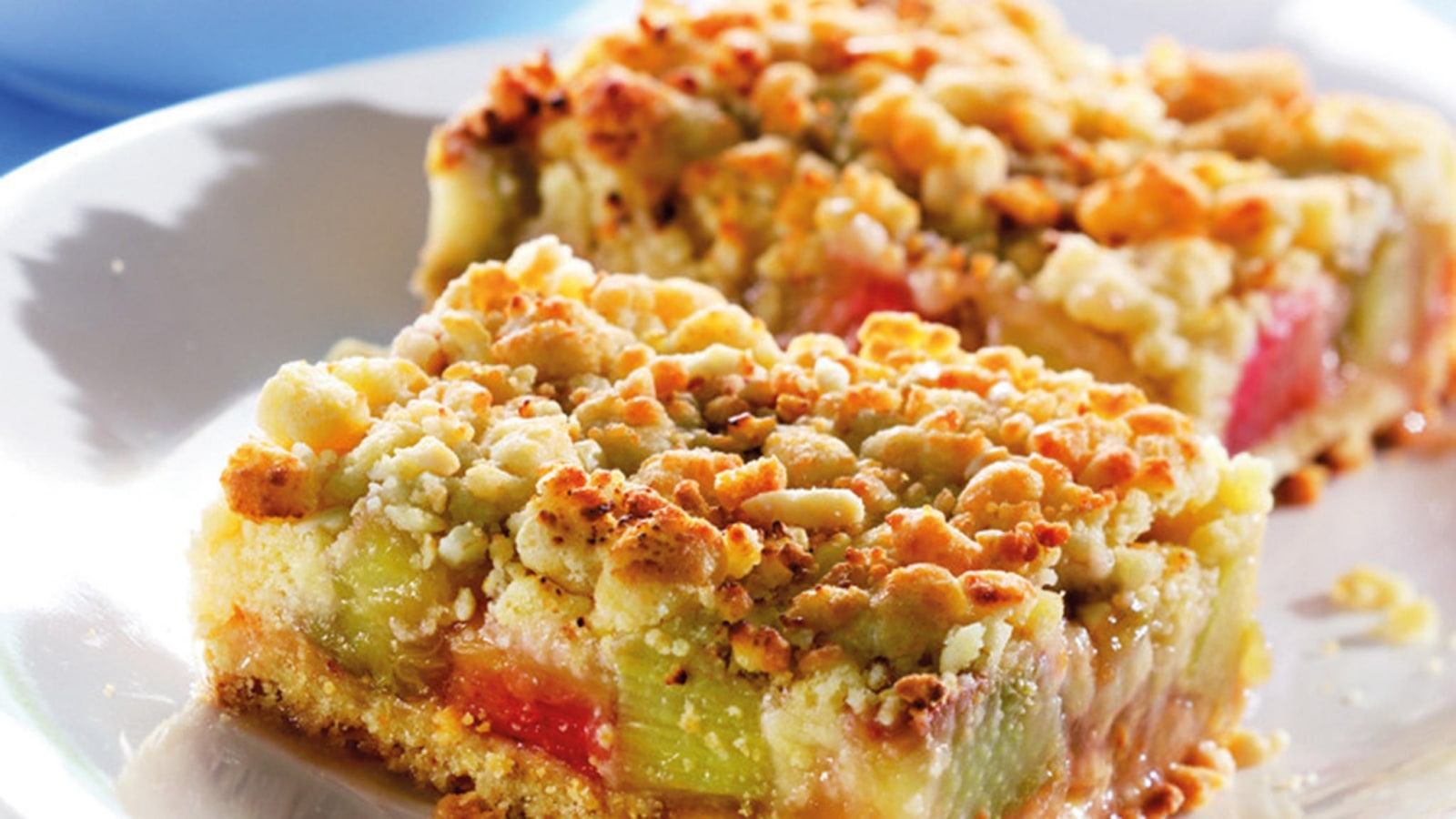 Traditional Viennese apple strudel which consists of an oblong strudel pastry jacket with an apple filling inside. The filling is made of grated cooking apples, sugar, cinnamon, and bread crumbs. 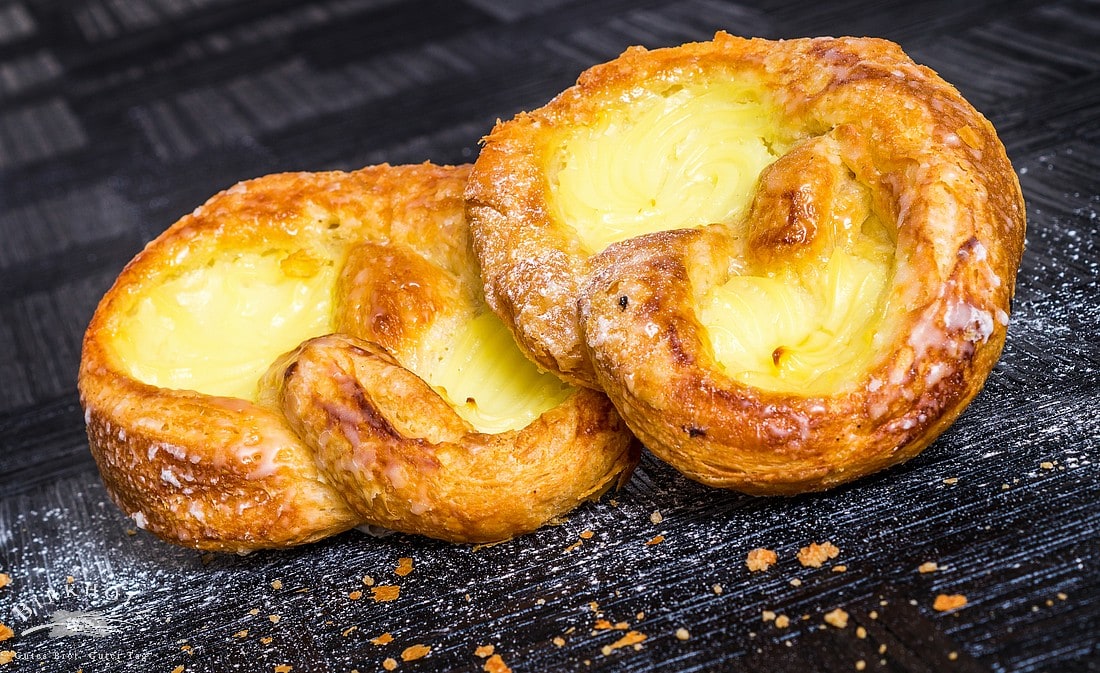 German poppy seed roll where the paste is rolled up in a sweet bread dough which turns into a beautiful black spiral cake after being baked and sliced. 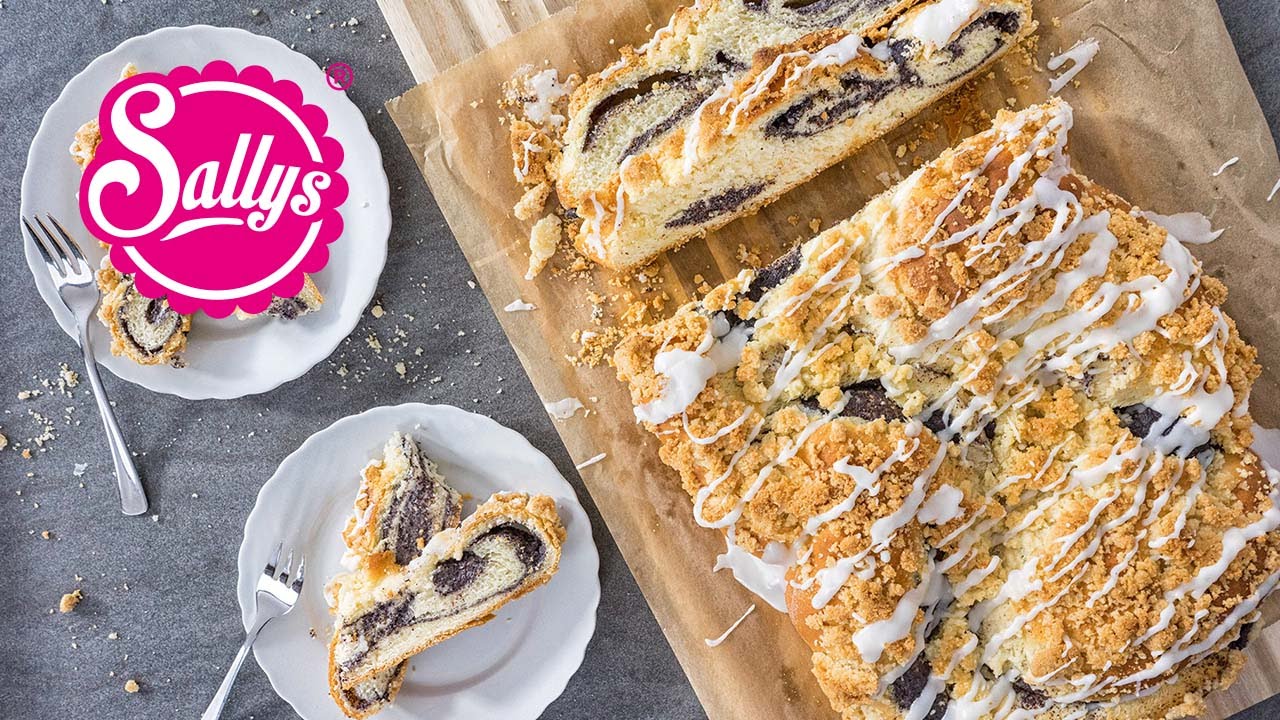 A type of spiced shortcrust biscuit, traditionally baked around Christmas in Germany and Austria.

Small, crescent-shaped biscuits. Made typically with walnuts, but also with almonds or hazelnuts, and has heavy dusting of vanilla sugar. 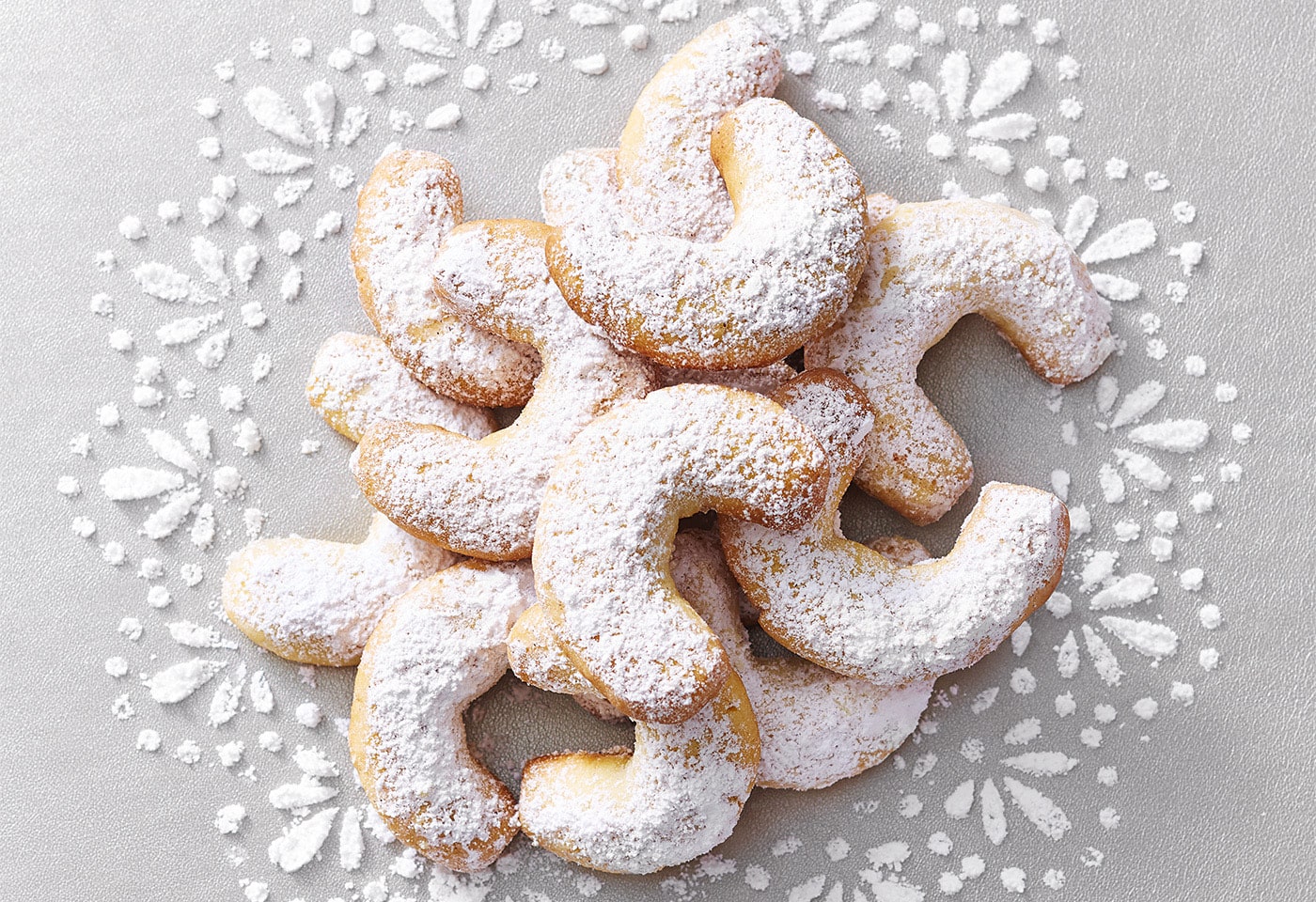 A type of Lebkuchen — a traditional German Christmas treat.

A traditional German fruit bread enjoyed during the Christmas season. It’s made of nuts, spices, and dried or candied fruit, coated with powdered sugar or icing sugar. 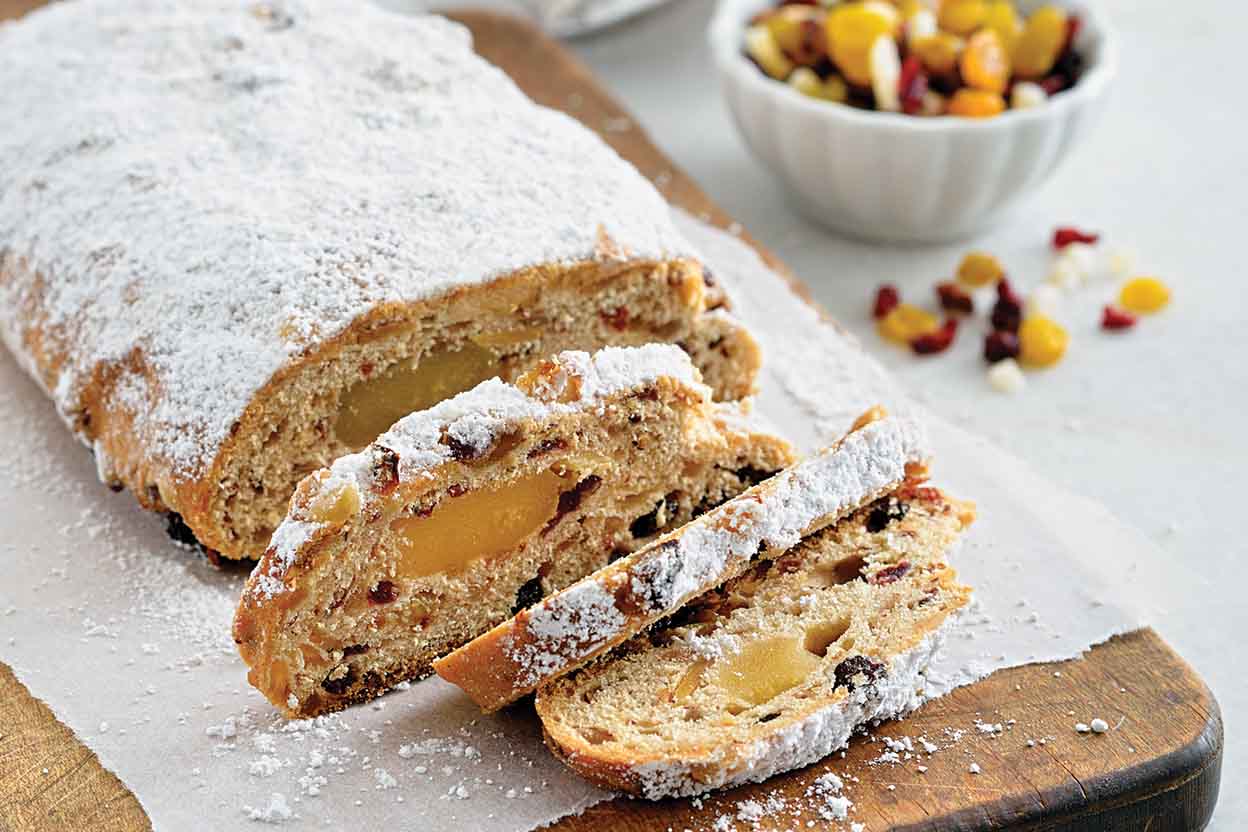 A type of German sausage made from veal, beef, or most commonly pork.

A type strongly flavoured, uncooked sausage made from ground pork and finely chopped beef, and cured and cold smoked or air-dried. The meat is preserved by curing and smoking, often with garlic. 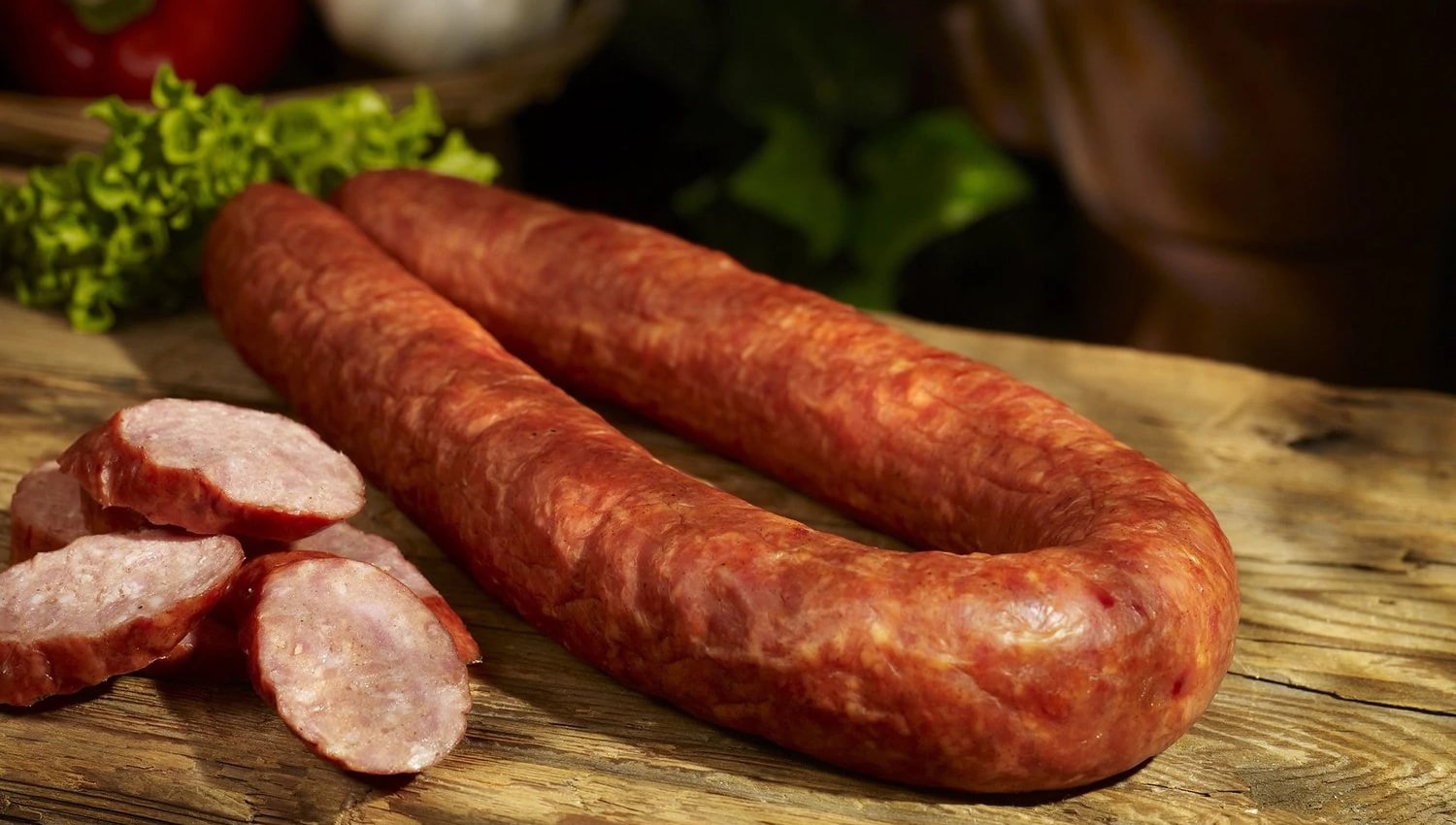 A German fresh sausage traditionally made with finely ground pork and veal, and seasoned with salt, white pepper and paprika as well as herbs like chives and parsley.

Short for Haselnusstafel, which means ‘hazelnut bar’ in German. Hanuta is a wafer with chocolate and hazelnut filling.

What to Eat in Germany: Summing Up

After receiving my suggestions of what to eat and drink and India, Alex made me a list of what I should eat in Germany. Thanks to her, I am now more aware of German food that before and besides different German breads and sausages, I am tempted to try gulasch, knödel, frikadelle, streuselkuchen, and mohnstriezel the earliest I can!

Even though I can hardly spell, remember or pronounce these items correctly, it is good to have these suggestions. Who knows when I will end up in Germany and this list might come in handy.

I hope you found this article worth your time and I would like to thank you for reading. Are you from Germany? Then let me know what you think of this list and also share your own suggestions.

Suggested reading: 50+ Things to Eat and Drink in India

Sources: Wikipedia and other websites mentioned along with pictures.