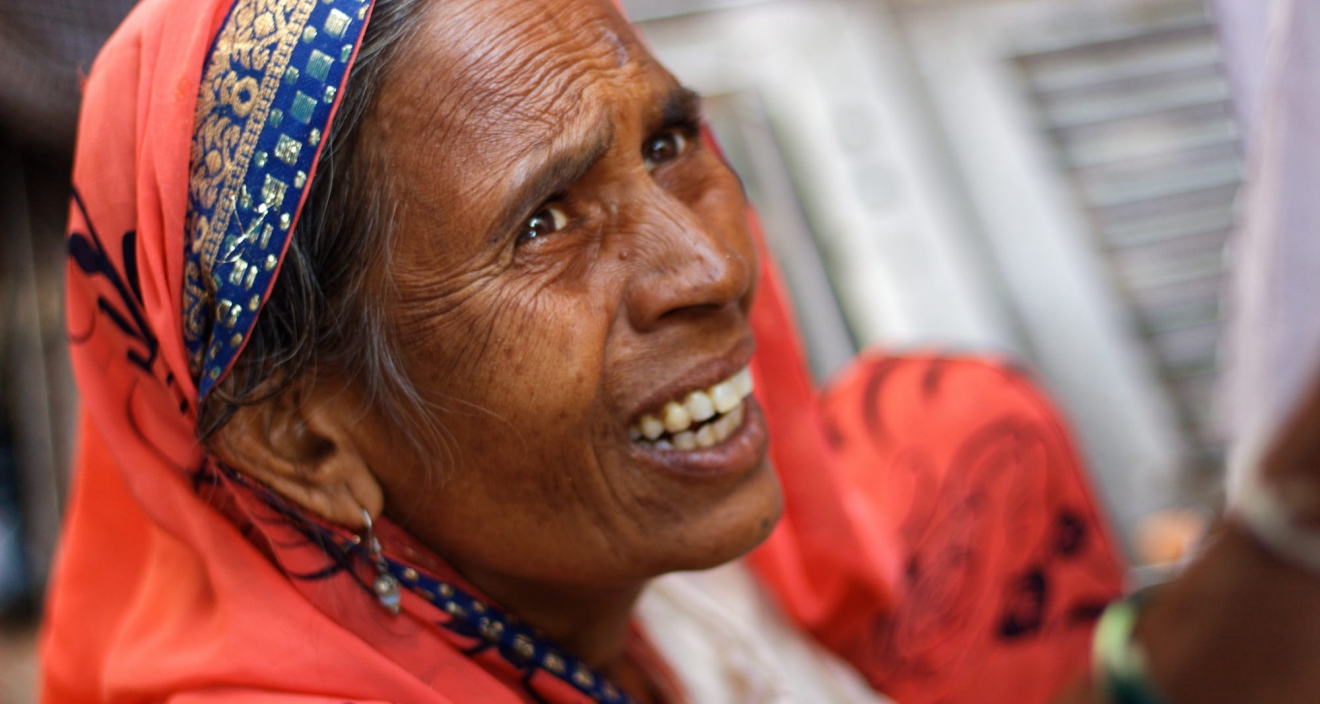 In October, I made a sudden plan to visit Ajmer, Rajasthan. As a child, I had visited Ajmer quite a few times with family. This was the first time I decided to visit the city alone.

Before leaving for Ajmer, I had no idea why was I visiting the city. But somewhere in my mind, I had a voice telling me this will be a worthwhile trip which will teach you and guide you further.

One day after another, I spent nearly two weeks in Ajmer — spending my time sitting in Khwaja Garib Nawaz shrine, walking around the streets, observing people, and capturing moments in my camera.

Today, I am publishing my first photo story here — something I have been doing on Instagram for a while. This story is about a mother and her son, dedicated to all mothers celebrating their motherhood.

The Mother and Her Son

Streets in Ajmer — especially around the shrine — are very narrow. Hundreds of people walk through these narrow streets, with some people swaying through the crowd on their two-wheelers. Auto rickshaws and electric vehicles also make their way through these streets. I used to stand in a corner to observe and photograph interesting moments — thinking how perfectly everyone manages to exist in such narrow places. 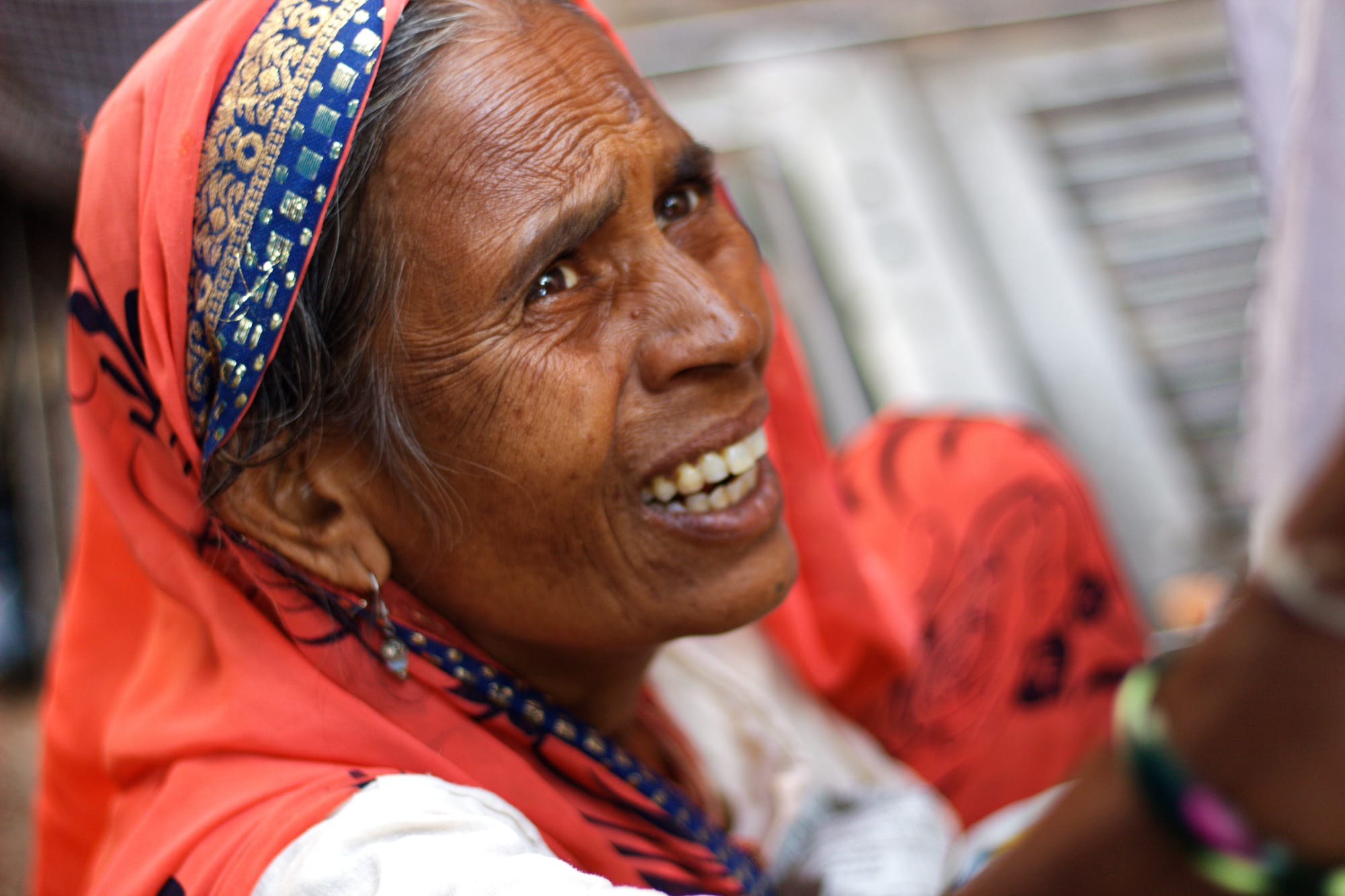 One morning, I was standing in a corner around the shrine when I saw the woman in the first picture. She was looking for a place to sit but none of the street vendors or beggars let her sit near them, for a reason unknown to me.

After walking around for a couple of minutes, the woman came and sat down near me. Following her was her son, who stood in front of me. It appeared that the boy had special needs and his hands were tied with chains. 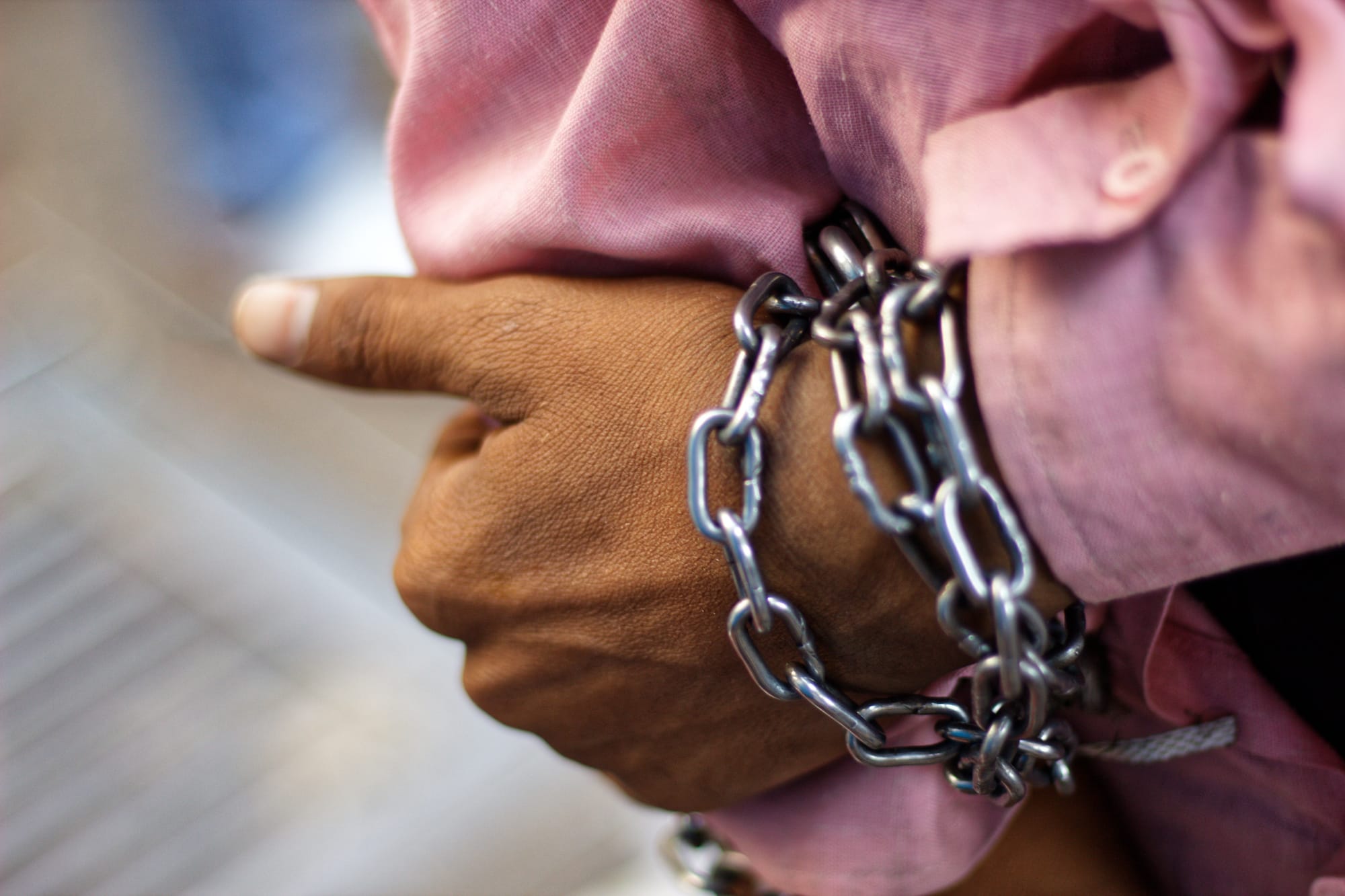 The woman had a plastic bag with her. She opened the bag and took out some food. The boy was looking around and the woman said something to catch his attention. Slowly, she started feeding him, with the boy walking around and coming back when his mother called him.

I could see the struggle she was facing, but she didn’t show any sign of annoyance or helplessness. She continued feeding her son for a long time with patience until I left the place. 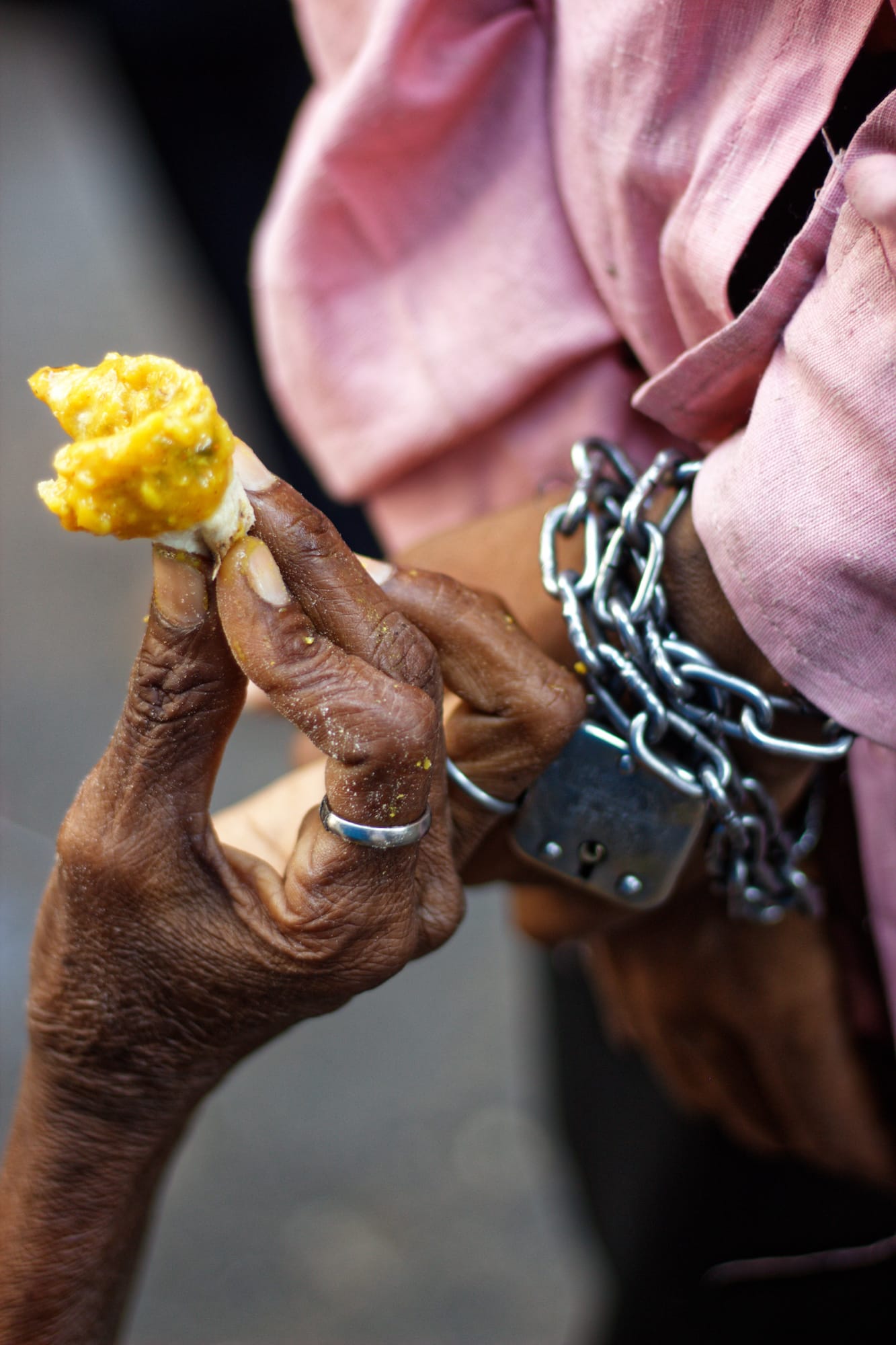 A few days ago, I had a conversation with a friend who made me realize that when a child is born, it’s the beginning of a new life for the mother. All her energy and attention goes into looking after her child, she said, and that a mother never complains. It reminded me of my mother’s words, who said a child is always special for a mother, no matter how old he grows or how successful he becomes.

In our society, a woman is expected to give birth and then spend her life raising the child. Women leave their successful career behind in order to raise children — without uttering a word of complaint. We have reduced the celebration of motherhood to Mother’s Day — once a year — when we give her gifts and tell her how much we love her. The mother, however, celebrates her motherhood and our childhood every day — without expecting anything in return.

Seeing this woman in Ajmer reminded me of the love a mother carries in her heart for her children. It reminded me once again of their sacrifices and determination. The woman made me aware of how we take the love and care of our mother for granted and still, how much we mean for her.

The next thing I was doing after leaving the place was to call my mother and tell her I was okay.