Booking Flights with AirAsia Is A Pain in the Butt 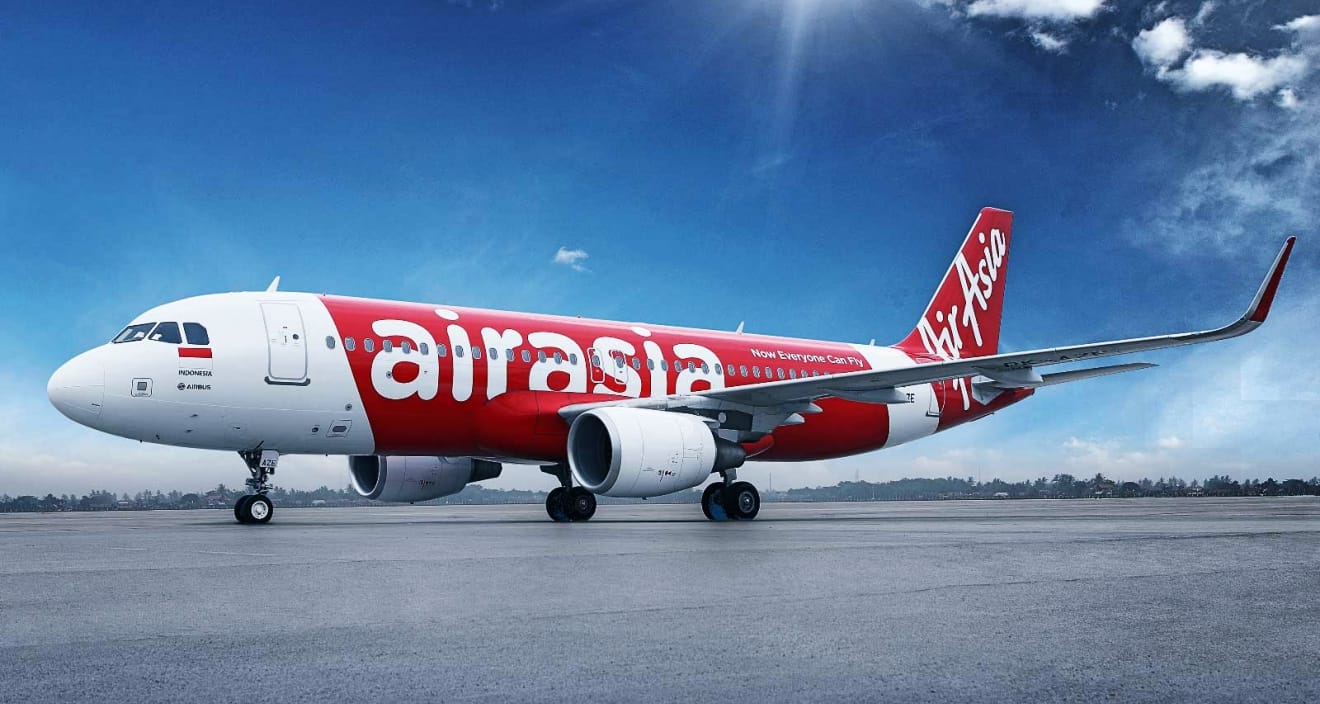 Okay, I know there’s always a catch with low-cost airlines. You have to be ready to compromise a little in terms of facilities and comfort. But when you are trying to grab a good deal for your next destination, it doesn’t really matter.

While planning my trip to south east Asia, I decided to go with AirAsia — a low-cost carrier which boasts good connectivity between Asian countries. I didn’t want to spend too much money for a short flight and AirAsia looked like a good option.

Let me admit, AirAsia had some great deals going on. I couldn’t believe the price I would pay to travel from Kolkata to Bangkok. I was just in time before their promotion was ending and I started searching for a flight.

Now that the promotion had caught my eye, I was sure that I was going with AirAsia — despite having read some not-so-good reviews.

Their home page is pretty straightforward — just like an airline’s page should be. It’s really easy to search for flights. Just enter the origin, destination, and travel dates and search.

Once you select an origin, the destination box shows only airports AirAsia flies to from the origin airport. So, instead of showing all airports and then saying they don’t fly there, they show only airports they fly to.

My total cost to book this flight? Just about $80 (5400 Rs). “Okay. This sounds great,” I told myself and started the procedure of booking my flight from Kolkata to Bangkok. This is when the bad part began.

After searching and selecting a flight, there are three steps you have to finish before your booking is confirmed.

The first part is to enter basic personal information like gender, name, date of birth, and nationality. Next, you have to choose any add-ons like a meal, extra baggage etc. On the same page, you choose your seat. The third and the final step is to enter payment details. This is exactly where the horror strikes.

After entering your contact details, you scroll down to enter your payment details. You can either enter a credit card or choose net banking for direct debit.

AirAsia charges a processing fee in case you are using a Visa card or net banking as your payment method. I read somewhere that MasterCard users don’t pay anything extra.

Fine, charge me for using my Visa credit card. After entering your 16-digit credit card number, expiry date, name on the card, and issuing bank, you press the ‘Purchase’ button.

This is the final step. Once your payment goes through, your ticket is supposed to be booked. But not in my case. Just as I clicked the Purchase button, I saw the “this site can’t be reached” error on my browser. 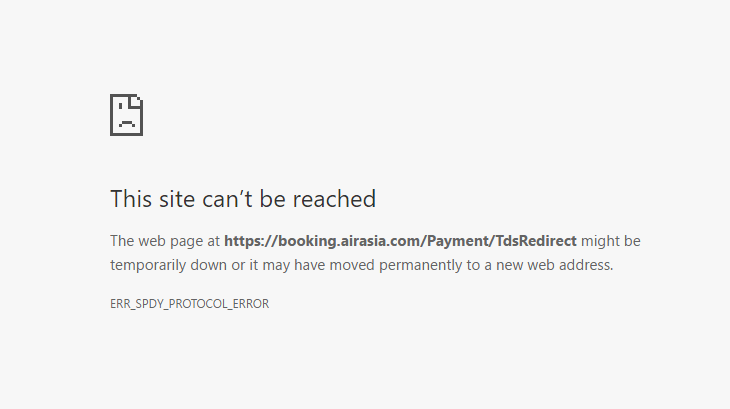 So, after going through the whole process of searching flight, entering details on three different pages, you click the Purchase button and instead of seeing the success message, you see an error? Nice.

I went through all the steps involved for the second time. Still the same message. Now I switched to Firefox and performed all steps again just to see the “secure connection failed” error in Firefox.

“What the hell is going on?” I banged my hand on the table. After going through the same process for four times, I had no luck booking my ticket. “What a great day,” I told myself.

And it worked! I finally booked my ticket with AirAsia! It just took me only six tries! How lucky am I, huh? Oh, what a great feeling. But by this time I wasn’t sure if I was actually happy to have my flight booked.

After a few days, I searched for a flight from Bangkok to Vientiane, Laos. This flight was costing me $67 (4300 Rs) including the ‘Value Pack.’

I was expecting AirAsia site to behave this time. A few days had passed since I booked my first flight with them and my laptop wasn’t around. So I used a desktop PC.

To make sure my flight was booked in the first try, I used the same card that worked the last time. And here comes a surprise.

That card didn’t work! I saw the same message I saw last time. “Argh! Not again! This card worked last time!” I was almost yelling at my computer screen.

I tried three times to book my flight with the same card before I switched my browser.

Another surprise. It worked!

I finally booked my flight after trying for the seventh time. It took me six tries last time – totalling to 13 tries — just to book two flights.

AirAsia Booking Horror: I Am Not Alone

So, after trying 13 times to book two flights with AirAsia, all the good impression this ‘best low-cost airline’ had on me was gone. I was just hoping for the flight itself to be not as terrible as the booking experience.

Just for my curiosity, I Googled about the AirAsia payment issues and found that I wasn’t alone. There are a number of reviews – some dated years back – which state different issues related to the payment page.

As noted by a user on LonelyPlanet, they received ‘card declined’ error for three different cards! On Airlines Inform forum, there are a number of users taking out their frustrations against AirAsia. A user on TripAdvisor stated the same problem.

All these reviews have something to do with the final step of booking – the payment.

It’s not hard to say there’s something wrong with AirAsia’s online booking system and they really need to check some issues at the backend.

Booking Flights with AirAsia: Summing Up

After all this, it took me 13 tries to book my Kolkata to Bangkok and Bangkok to Vientiane flights. And I am certainly not alone. There are a number of users complaining the same about AirAsia. So, there’s something that’s wrong and it needs to be fixed.

And yes, despite having a horrible experience, I have booked two flights with AirAsia. It would be great to review them when I fly with AirAsia in about two months.

What about you? Did you face similar problems with AirAsia or another carrier? Do share your experiences with me.