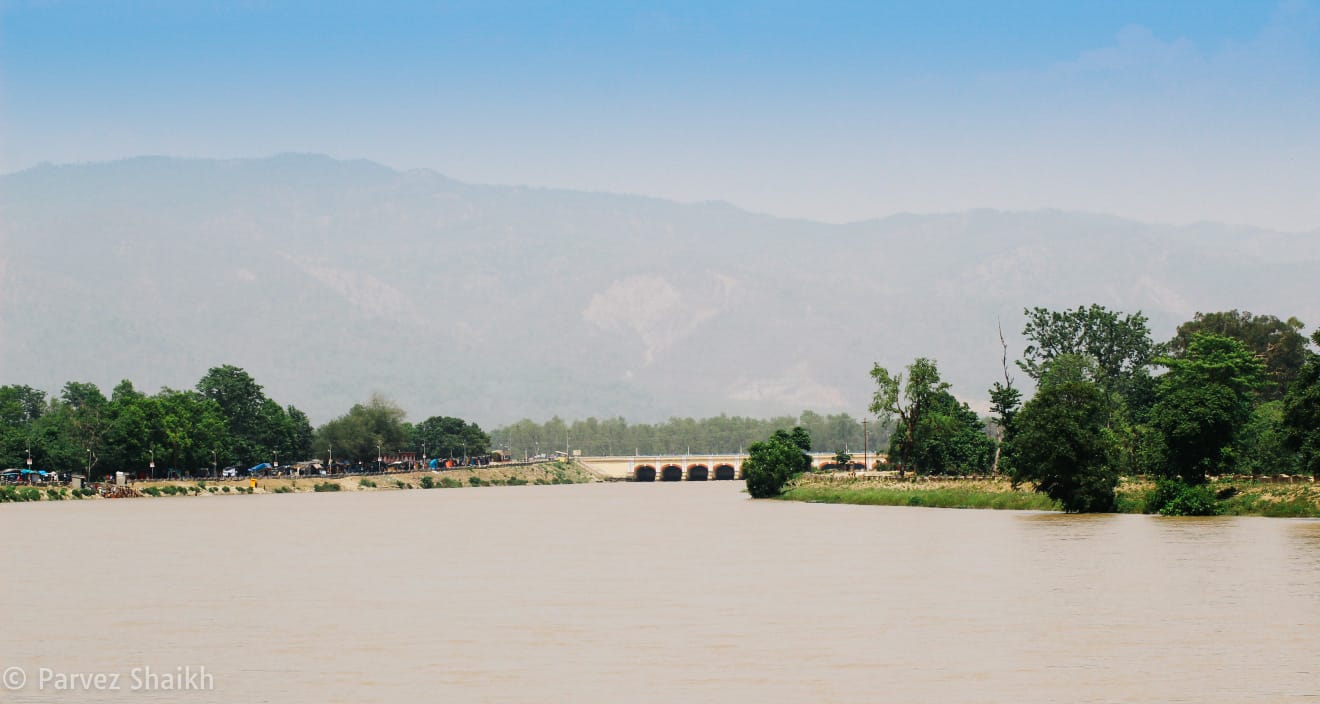 So, here comes the day when I began my South Asia trip. My first destination was Nepal and I was traveling from India to Nepal by road.

My aim was to enter Nepal by the far western side of the country and exit via the eastern side in Kakarvitta. For this reason, I decided to enter Nepal from India via the Banbasa – Bhimdutta (previously known as Mahendranagar) border.

The Banbasa – Mahendranagar entry is one of the easiest and most straightforward entries you will go through. Now, sitting in the beautiful garden at Bardia Wildlife Resort in Thakurdwara, I will explain how to enter Nepal from India via Banbasa – Bhimdutta border.

Banbasa (also spelt Banbassa) is a small border town in Uttarakhand state on the Indian side of the border. The best way to reach here is by taking a bus.

To reach Banbasa, you will first have to reach Bareilly in Uttar Pradesh. Depending on where you are traveling from, your best option would be to reach Delhi and take a train to Bareilly. In my case, I took a direct train from Ahmedabad and reached Bareilly early morning the next day.

After reaching Bareilly, take an auto-rickshaw ride to the Satellite bus station.

Travel Tip: If you are in or near Varanasi, you better take the Gorakhpur – Sonauli – Belahiya route to enter Nepal unless you have specific reasons to cross through Banbasa – Bhimdutta.

Once you reach the Satellite Bus Station, look for a bus that leaves for Tanakpur, or any other bus that will make a stoppage at Banbasa. Those buses bare misleading labels sometimes, so ask a few people around before boarding. When you board the bus, make sure to ask the conductor to tell you when Banbasa arrives.

I took a bus that was headed to Tanakpur. It cost me 102 Indian rupees and took about 4 hours to reach Banbasa.

What to Do After Reaching Banbasa?

Banbasa is a small border town. There’s not much to see around and absolutely no reason to stay here.

Once you reach Banbasa, ask for the directions towards Mahendranagar, walk straight into a big gate and continue walking.

There will be people asking you whether you want to go to Nepal. Some people will also come on a two-wheeler, offering you a ‘lift’ to Nepal. Before you get excited about the kindness of these people, do know that they aren’t offering you free rides. They will charge you for their ‘kindness.’

For me, I wanted to walk towards the border and enter Nepal on foot. But it wasn’t really a good idea. It was a hot day and I was swimming in my sweat by the time I finally reached the border.

Unless you want to walk 3 kilometres, I would suggest that you walk a few meters from the Banbasa gate and look for a tuk tuk (an electric vehicle). It will take you to the India – Nepal border near the blue bridge. Don’t forget to bargain the rate.

On your way, the driver will stop for security check and at the immigration office. All travellers except Indians and Nepali should make sure to get exit stamp on the Indian side. Once the driver makes the final stop, take a short walk towards the Nepal side.

Once at Gaddachowki, head straight to the Nepal immigration office on your left to complete the visa process. After this, make sure that they stamped your passport.

It’s better that you carry your visa fee in US Dollars.

Note for Indians: Indian citizens don’t need a visa or permit to enter Nepal. Just co-operate with security personnel when they check your bags and enter Nepal. Read more about Nepal visa requirements for Indians.

More information on Nepal visa can be found here. 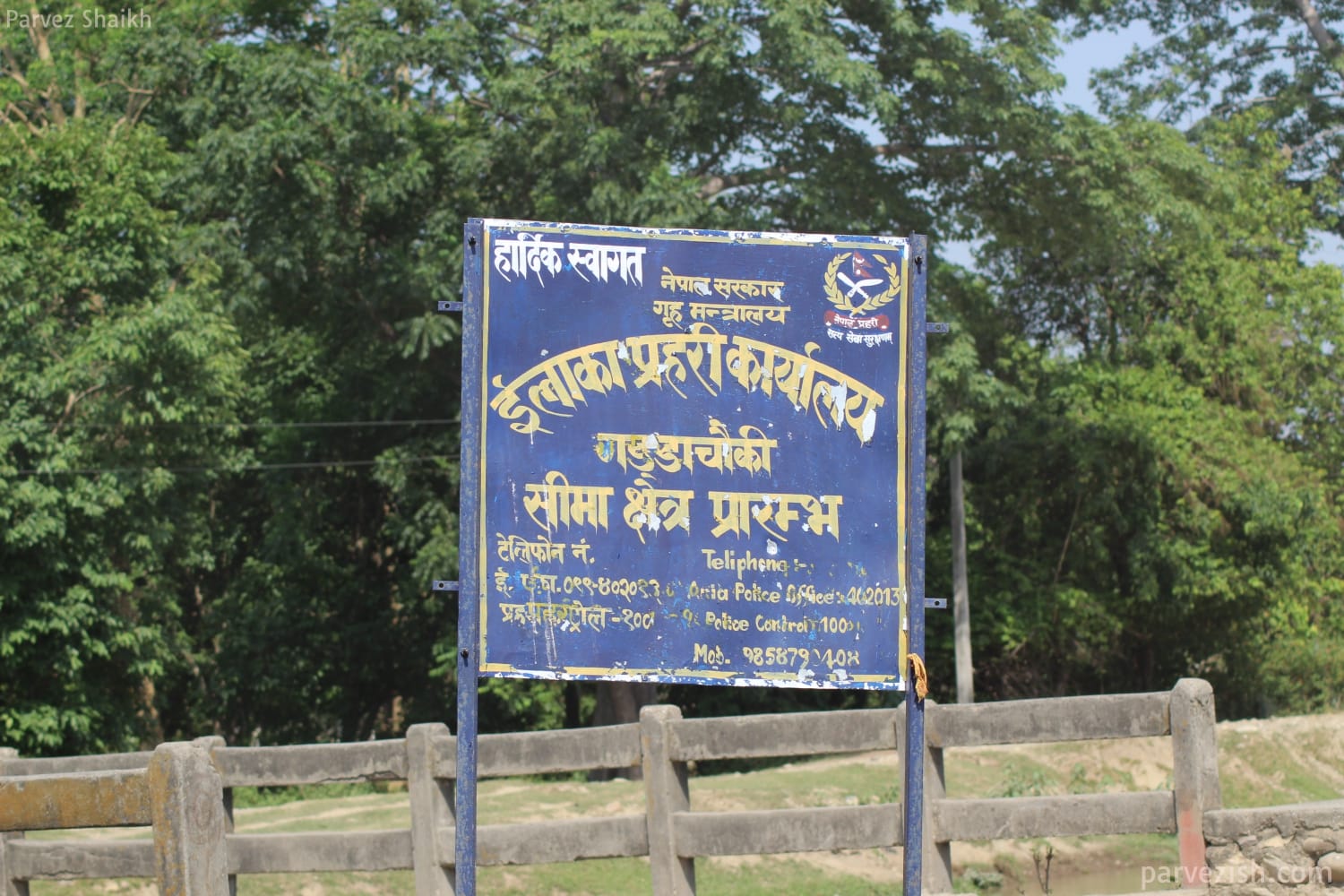 After the immigration formalities, take a small walk ahead and take a ride to Bhimdutta in available vehicles. Do note that although its official name has been changed to Bhimdutta, it is still widely referred to as Mahendranagar. So if an auto driver comes asking you about Mahendranagar, that’s your ride.

After a few minutes of drive, you will reach Bhimdutta. From here, you can take a bus to reach any major place in Nepal including Ambassa (to reach Bardia National Park), Pokhara and, Kathmandu.

Depending on the time of your arrival at Bhimdutta, you might want to spend a night here before continuing your journey. If you arrive during the daytime or if you are able to find a bus to your destination, you can avoid staying here.

Entering Nepal from India via Banbasa – Bhimdutta Border: Summing Up

It is fairly easy and straightforward to enter Nepal from India via Banbasa – Bhimdutta (Mahendranagar) border.

Once you enter Nepal, you can take a short auto ride to Bhimdutta (Mahendranagar). From Bhimdutta, you will get a bus to your desired destination in Nepal.

That’s it, folks! This was Parvez and you were reading Entering Nepal from India via Banbasa – Bhimdutta (Mahendranagar) border. I hope you found this guide useful and you enter Nepal safely and easily.

How did you enter Nepal? Do share your experience with me. If you found this article useful, please share it with others.