I am Switching to Backblaze’s Unlimited, No-nonsense Backup Solution 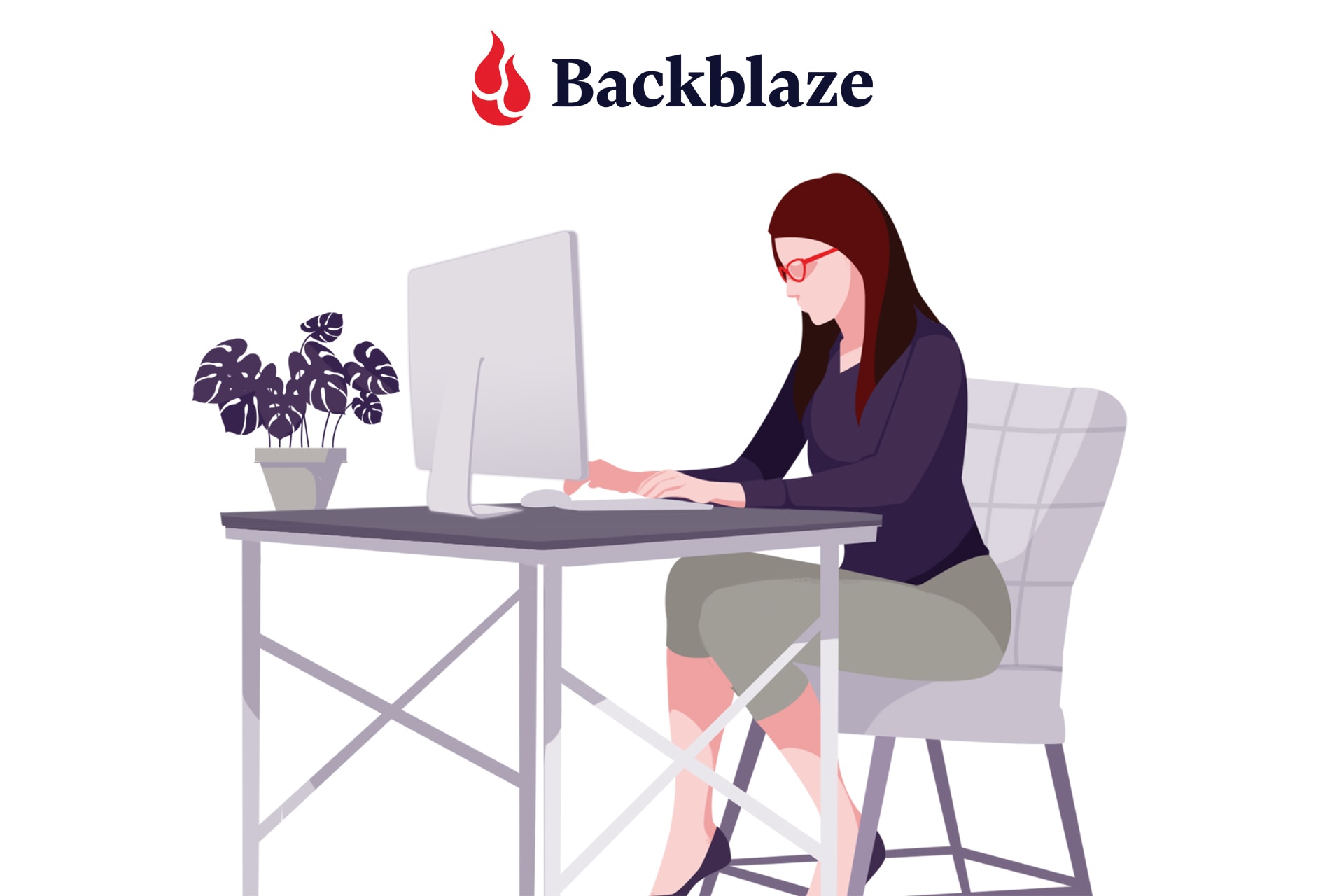 The first time I tried Backblaze, I was shocked to see my files being uploaded as soon as I finished installing the app. I didn’t understand why it won’t first ask me what would I would like to backup. It was invasive, I thought, and it wasn’t long before I uninstalled it. I continued using my trusted pCloud.

As the limit of my pCloud plan neared, I began wondering if it can continue to be my long-term backup solution. I don’t believe in ‘unlimited’ promises. But I was sure I would soon need a solution that would offer me more than 2TB – pCloud maximum plan – while still being easy on my pocket.

Once again, I landed on Backblaze’s website. This time, I took my time to understand how it works, what’s its purpose, and whether it could be a part of my backup strategy. After nearly loosing all my photographs due to a hard drive failure (‘nearly’ thanks to… backup), I was sure I need a cloud as off-site backup. And that was the primary reason I began using pCloud.

Things to Keep in Mind While Choosing Backblaze

Backblaze keeps data as long as you yourself have it on your disks. If you delete locally, it will be deleted from the cloud, too. Deleted files or old versions of files can be restored for up to 30 days. You can opt for extended file history that keeps your data for either one year or forever. Learn more about Backblaze’s version history.

You must connect each external disk at least once every 30 days for Backblaze to make sure you still have a copy of the data you are backing up. This restriction frustrates many for obvious reasons. But if you are unable to connect your disks once a month, you have ways to prevent deletion of data, at least temporarily.

Backblaze claims to be truly unlimited in storage it provides. While other unlimited cloud services either closed operations or stopped being unlimited, Backblaze continues to offer unlimited storage. To cover up the costs, it recently increased its price by $10 per year for a two-year plan.

Data is end-to-end encrypted and you can choose your own private encryption key that you are responsible to safeguard. If you lose it, you lose your data on the cloud. You can choose between a data centre in U.S. or Europe. Learn more about Backblaze security practices.

Backblaze charges per computer not per user. If you have two or more devices, you better bring all your disks to one of them and back them up from there if you don’t wish to pay for an additional license. it’s possible to transfer the license to another device if you need to.

You can not backup NAS drives. There are people who complain about this, but Backblaze is very clear about it and they suggest you to use more business-oriented solution of B2 Cloud.

Certain types of data and files are excluded from Backblaze’s backup. Time Machine backup files on Macs is one such example.

Windows and macOS apps as well as mobile apps for Android and iOS are available. A native Linux app is missing.

Who Should Use Backblaze?

Backblaze makes a compatible solution for those who are looking for a way to simply backup their data in more than one location. It’s always a good idea to have multiple copies of your data and at least one of them should be off-site. If you don’t have a place where you could keep a copy, cloud storage is your way to go.

The backup solution by Backblaze is ideal for people who have terabytes of data. All typical cloud-share-collaboration platforms – pCloud, Google Drive, iCloud to name a few – have limits on how much data you can store with them. If you are a self-proclaimed ‘data-hoarder’ or someone who work with lots and lots of data, Backblaze makes a practical solution for you.

Some users on Backblaze’s sub Reddit claim to be storing as much as 50+ terabytes of data on Backblaze. But as mentioned before, Backblaze’s backup solution is not for you if you plan to connect NAS or connect disks in the network and back them all up. Also, if you have as much as 50 terabytes of data, you should also have the means – financial and technical – to be able to store it. I do think you don’t fall in ‘personal user’ category with this much data and it would be too much to ask for from a $65 a year personal backup solution and you should look for a business solution. Blackbaze B2 or Wasabi are good places to start.

In the end, I would mention once again that Backblaze is not a place to dump data that you don’t plan to have on your disks. It’s simply a shadow copy of your data that you might have locally on your computer and/or organised across multiple disks.

After understanding how Backblaze works and what it intends to offer, I started comparing it with pCloud and other cloud providers. I knew I don’t need much of sharing and collaboration. If I do need to share pictures from Backblaze itself, I can use its B2 service which is provided for free up to 10GB.

I was also fine with the ‘must connect all disks al least once a month’ clause as I always travel with my disks and laptop.

In addition, I liked that I can choose my own encryption key as well as store data in Europe. I can browse my photographs including RAW files (tried with Fujifilm and Sony) using a smartphone app. On my laptop, I need to install a system-level app that’s always running in background and makes sure your data is backed up. Set it and forget it – I like that.

I decided to use Backblaze’s 15-day free trial to see how good its backup really is. I made an account, downloaded an app for my Mac, installed it, configured it not to touch certain local directories and let the backup begin. Then I connected a 2TB hard disk where all my photographs reside and selected it to be backed up.

Thanks to a 40Mbps fibre internet connection and Backblaze’s unrestricted upload speed, my data was backed up before the trial ended.

Any backup is useless if you can’t restore it when needed. Backblaze offers two ways for restore. You can ask them to ship you disks with your data or download the data yourself. If you opt for the shipping of your data, you will pay Backblaze a fee that can be refunded if you return the disks within 30 days.

I chose the second option – I selected some large directories to be restored and waited for Backblaze to email me that the restore was ready. I downloaded the zip archive and found all my data organised in directories exactly how I have on my disk. I am aware that this won’t be the best way to restore terabytes worth of data but I am counting on my two external disks not to fail at the same time. In case they do, I will still worry less because I have all my data on cloud.

By now, Backblaze has ticked all the boxes I was looking for. Easy to setup, fast uploads, easy restores, data storage in Europe, my own encryption key, unrestricted storage, and affordable rate.

Before Backblaze increased their price, the 2-year plan was offered for $110. With the new price it costs $130, paid every two years. That’s just $65 per year. If you would rather pay yearly, it will cost you $70 and for monthly payments, it’s $7. For pCloud’s 2TB storage, you pay $99 per year. Their lifetime plans have good value for money but as I accumulate data, 2TB won’t be enough.

Now it was time for me to make a decision – Should I stick to pCloud or move to Backblaze? I am not good at maths but it was not such a hard calculation to make. If I continued with pCloud, I will pay $99 a year for storage that will soon run out. Downloading my data will be the only option which won’t be as easy as ordering a disk or two from Backblaze.

As my Backblaze trial was about to finish, I made up my mind – I pulled the plug from pCloud and paid for a two year Backblaze plan.

During the last six months in Nepal, I accumulated more pictures from different events. Backblaze backed them all up without any action from me – all I need to do is to connect my disks to my laptop and have an internet connection.

When I recently changed from a hard disk to an SSD, Blackblaze’s de-duplication feature came in handy. Because both these disks had the same data, it wouldn’t make sense to backup all of it once again. Thanks to the de-duplication, Blackbaze could understand that my data was the same and didn’t need to be backed up, saving my time and bandwidth.

My first experience with Backblaze wasn’t pleasant and didn’t last long. I found it to be too ‘invasive’ because it immediately began uploading all data from my laptop. Its connect all disks at least once within 30 days policy also didn’t make much sense to me. I don’t blame the service – after knowing it better than before, I know that’s how Backblaze works. It aims to be a straightforward backup service with minimum setup that follows ‘backup everything’ principle.

After trying Backblaze for the second time, I like how simple it really is – Make an account, choose a plan, install an app and you are done. Keeping simplicity and not-so-tech savvy users in mind, Backblaze backs up everything to avoid shocks in future when you realise you didn’t backup a certain directory. At the same time, you get to choose which files, file types, and directories are excluded from the backup. Any external drive has to be selected to be included in the backup.

It wasn’t long before I published a pCloud review – and don’t get me wrong – I still recommend it because pCloud is indeed one of the best cloud services I have used. But with my data accumulating quickly and reaching terabytes in size, I need more storage. And when I get unlimited storage with Backblaze for such a great price, I do think I have made a better choice by switching to Backblaze.

You can try all Backblaze features free for 15-days. Would you like a one month free trial instead? Use this link to sign-up and get a 30-days trial for free.