Understanding Love at A Daycare Centre for Children 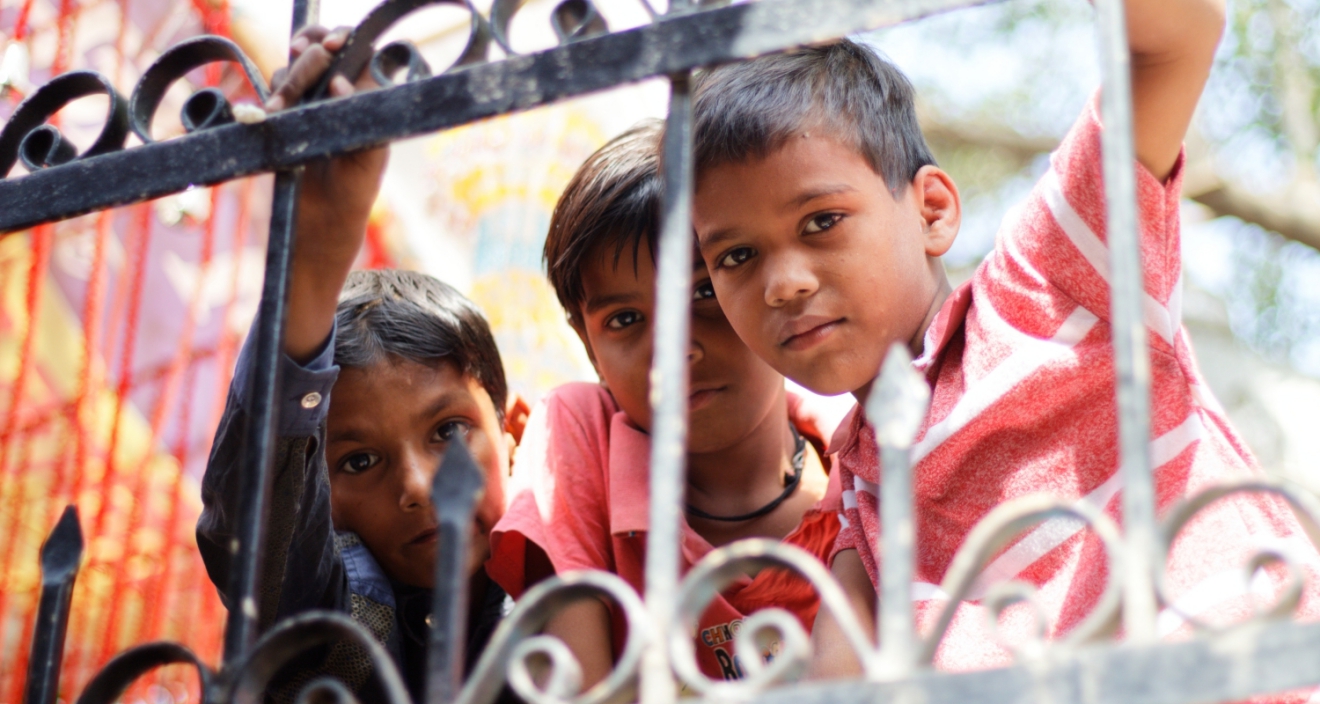 It was my second day in Pushkar and I was at Sri Raghunatha Swamy Temple during the noon time. After walking around the temple for a while, I was about to leave when the signboard of Umeed caught my attention.

“Can I come in?” I asked a lady who looked at me as I stood at the door of Umeed (an Urdu word meaning ‘hope’). “Sure, come on in,” the lady said. I put down my bag and walked towards the table where the lady was sitting with children of different ages.

“Won’t you say namaste to sir?” the lady asked those children and almost everyone said “” in a cheerful voice. I asked the lady who was working there as a teacher about the place. As I spoke to her, some of the kids looked at me with curious eyes and some of them smiling. “Can I spend some time here?” I asked the lady and she told me I could.

A few minutes later, a young guy walked in and those children were asked to sit down on the floor for lunch. One by one, all of them sat down. I sat down with them and observed as they had their lunch. Some of the kids who had difficulties eating by themselves were fed by the staff.

After lunch, it was the playtime for those kids. Some of them got themselves busy playing with each other while some preferred to play by themselves. Pooja — a young girl who couldn’t speak and had difficulty walking — had a different plan, though. As I was talking with the guy, she came to me, held my hand, and made me follow her. She took me around the place and entered a room where she knew some toys were kept.

She pointed at a toy and looked at me. I told the guy about it and he handed the toy over to her. She took my hand again and made me sit down to play with her. As we were playing, another girl named Nisha and later a boy joined us. We sat there playing for almost an hour until they were asked to come back to the table.

A few minutes later, a man came and asked me if I too was a teacher for children with special needs. “No, I am just visiting,” I told him. He told me he was the in-charge of the and I asked more details about their organisation.

The man told me they ran on donations — mainly from foreigners who helped by donating a van, furniture, toys etc. to the centre. Their names were put on a wall along with photographs of kids doing various activities. A boy who himself in one of those pictures drew my attention at the picture and smiled.

As we were talking, a family came to visit the along with a boy with special needs and the man got busy with them. As the family talked with the man, the boy joined me, Nisha, and Pooja as we played.

As I spoke with the man, a van came outside and the driver walked in. The lady asked kids to wear their shoes as it was time for them to go home. She and the young guy helped some kids who were unable to wear shoes by themselves. “Do you want to go home?” Asked the lady as those kids’ eyes sparkled with joy.

One by one, they helped the kids board the van. Pooja held my hands and I walked with her to the van. A few minutes later, all of them were ready to leave. They waved us goodbye as the driver drove away the van.

After those kids left, it was time for the staff to close the daycare centre. I spent some time with the in-charge who, along with the young guy, was packing some grocery and rice in a bag. “All these kids come from poor families,” he explained. “Every month, we send them some grocery and rice to help them.”

After spending around three hours at the centre, I was ready to leave. In these three hours, I had observed the staff’s struggle while taking care of these kids and at the same time, they had satisfaction in their eyes. The joy sparkling in those kids’ eyes, the trust they put in the staff and in me, the love and care in them for each other — all of this left me in thoughts.

As I left the place, I was how easily we ignore people with disabilities. We know how kids with special needs are made fun of or seen with pity. How we, as the society, don’t even consider them as he part of the society because they are different.

It made me think about loving unconditionally and made me wonder how much we expect from our loved ones in exchange of our love and care for them. How many times we remind each other that we love them and do everything for them. Spending time with these kids and the staff once again reminded me that love needs to be unconditional.

The relation between the staff and those children was not simply of caretaker and child. It was the relation without that was based on love, care, and understanding — without any condition or expectation. Love, instead of being expressed in words, is better when expressed via our actions. Saying those “three magical words” is much easier than actually carrying that love inside you for someone. And love is much better when soaked in trust, respect, and understanding.

I believe children are humans in purest form. They don’t judge, they trust, they don’t treat others with differences. And that’s why, their love remains unconditional, without expectations.

What do you think about love? How do you express it? Do you think your loved ones need constant reminding of how much you love them or you let your actions speak for you? Share your thoughts!

That’s all, folks. This was Parvez and you were reading about my visit to a daycare for children with special needs in Pushkar, Rajasthan, and what it taught me about unconditional love. I hope you found this article worth your time and I’d like to thank you for reading.

Note: All pictures in this article are for representational purpose only.