Things that Made Me Fall in Love with Bhutan 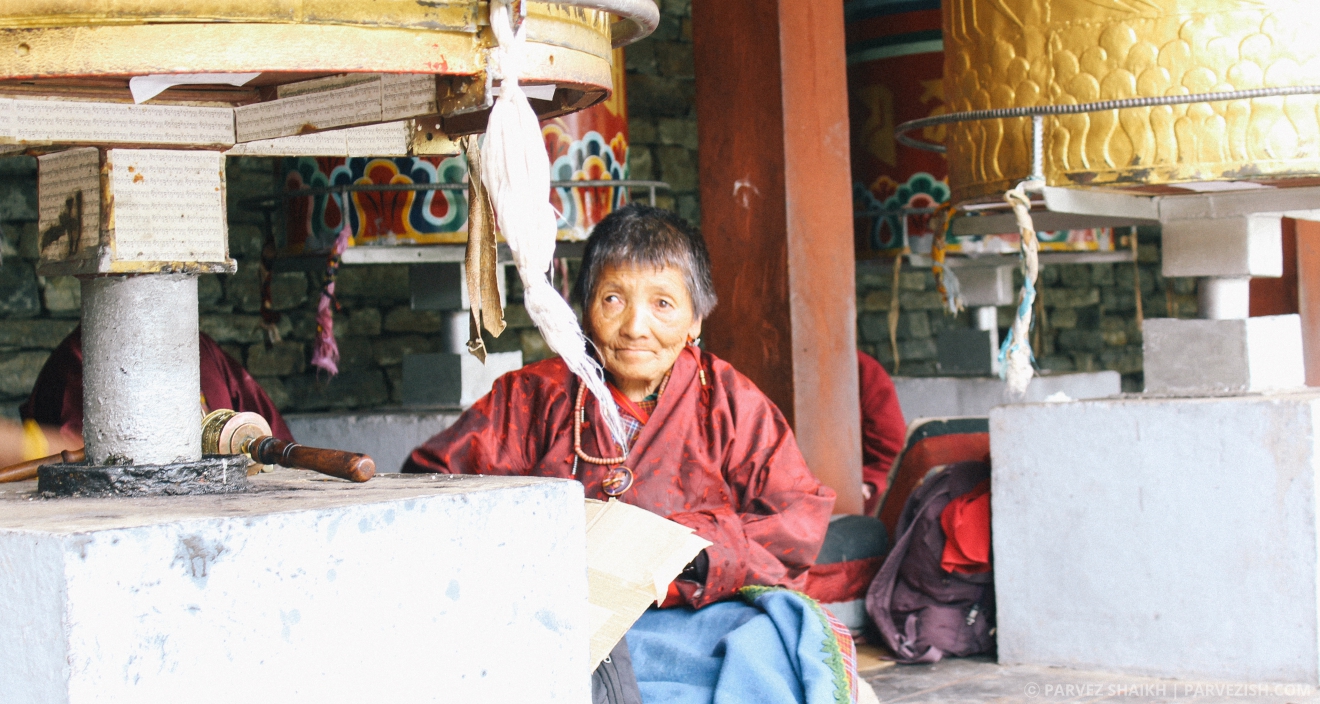 When I was thinking of going on a trip last year, I had two countries in my mind: Nepal and Bhutan. I had not decided a timeframe and spent much more time in Nepal than I had initially expected.

While in Pokhara, I almost abandoned the idea of visiting Bhutan and thought of returning home. If it wasn’t for Joe of the Castle Resort and Myriam – whom I met at Joe’s place, I would have returned home and waited for my flight to Bangkok.

Both Joe and Myriam insisted I should not change my plan to visit Bhutan and I decided to take their advice. I am glad I did so and ended up in Bhutan. Because if I hadn’t, I would not have visited such an interesting country.

I fell in love with the country from the very first look at Bhutan from my aeroplane’s window. Now that my journey has ended, I feel obliged to showcase a few things that made me fall in love with Bhutan.

I did not imagine Bhutan to be such a beautiful country. What I saw from my aeroplane’s window was just a glimpse. The more I travelled across Bhutan, the more I fell in love with the country.

I felt lucky to have met Sonam and Lhap who helped me find Tshering Farmhouse. This huge house was surrounded by utmost beauty I had only seen in movies. When I first reached this house, I spent a few minutes observing the landscape which had left me speechless. Those occasional light showers added more beauty to an already beautiful landscape.

Both Bhutan’s government and citizens take utmost care of the country’s environment. It isn’t common to see people spitting or throwing garbage on roads. No wonder the country has managed to preserve its scenic beauty very well.

Bhutan is the world’s first and only carbon negative country. Coming from India via Nepal, I felt this change as soon as my flight landed in Paro.

The government’s continued efforts to preserve the nature have paid off very well and the country’s 70% land is still forested. 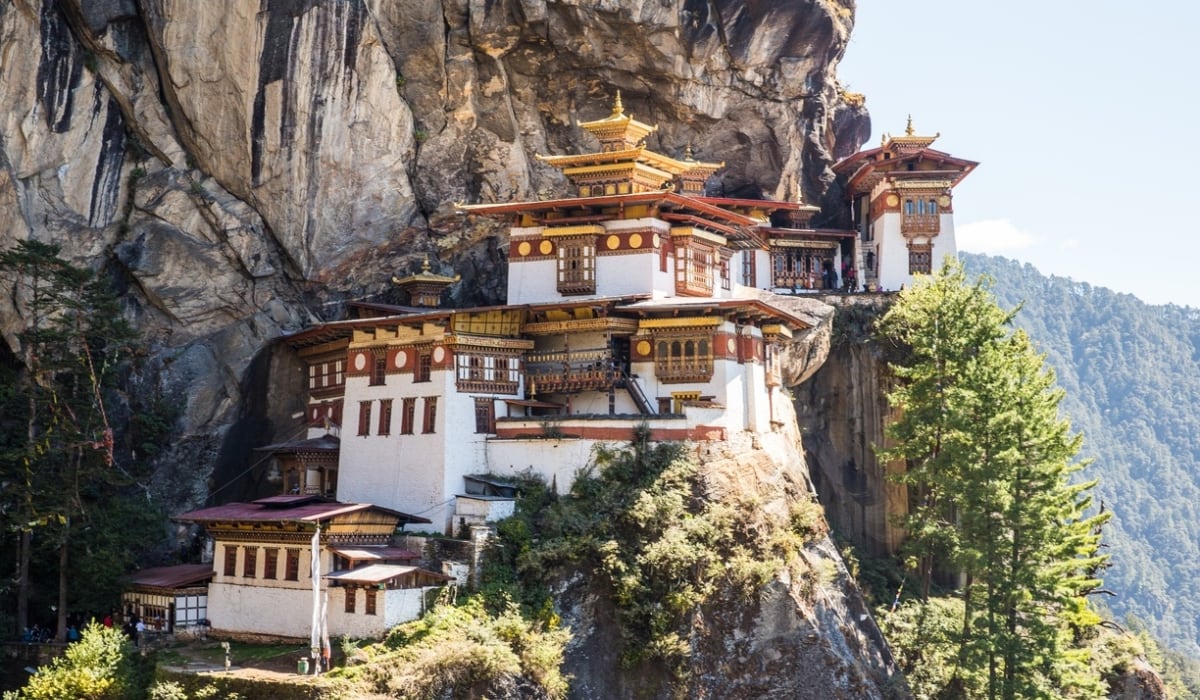 Being allergic to dust, smoke, pollution etc. I felt this change pretty quickly. It felt nice to breathe some fresh air for a while – until I reached Phuntsholing – a border town that connects Bhutan to India.

Except for Phuntsholing – which is Bhutan’s industrial hub – the rest of Bhutan is free from pollution. And being a serial sneezer – I welcome this huge change in the quality of air.

Having grown up in India, I have seen a nice blend of different cultures. Visiting temples, mosques, shrines is something I have done a lot in my childhood.

What I found interesting about Bhutan was how Buddhism plays part in almost everything people do. The way people think and behave has a lot to do with their religion.

‘Driglam Namzha’ which literally translates to “the rules for disciplined behaviour,” governs how citizens should behave in formal settings, how to speak to those in authority, and the way food is served and consumed. It also describes the rules of dressing in formal areas, as well as the way buildings are constructed.

Like Hinduism, Buddhism also believes in life after death and the law of karma. In hope for a better life after death, Bhutanese people behave selflessly. It isn’t common to see people running after material things. Bumping into greedy and selfish people is rare, too.

Coming across prayer wheels, flags, erect phallus is common throughout Bhutan. There is virtually no difference in the way men and women are treated. Children from either gender are welcomed, unlike other Asian countries.

Having learnt all these things was a great experience for me. The most interesting part was to spend hours at temples – observing people busy with their prayers.

Religion plays a huge part in people’s behaviour in Bhutan. Be it my first day in Paro, being invited to have lunch by some monks, or spending a day at Memorial Chorten in Thimphu, I admired how selflessly people behaved. 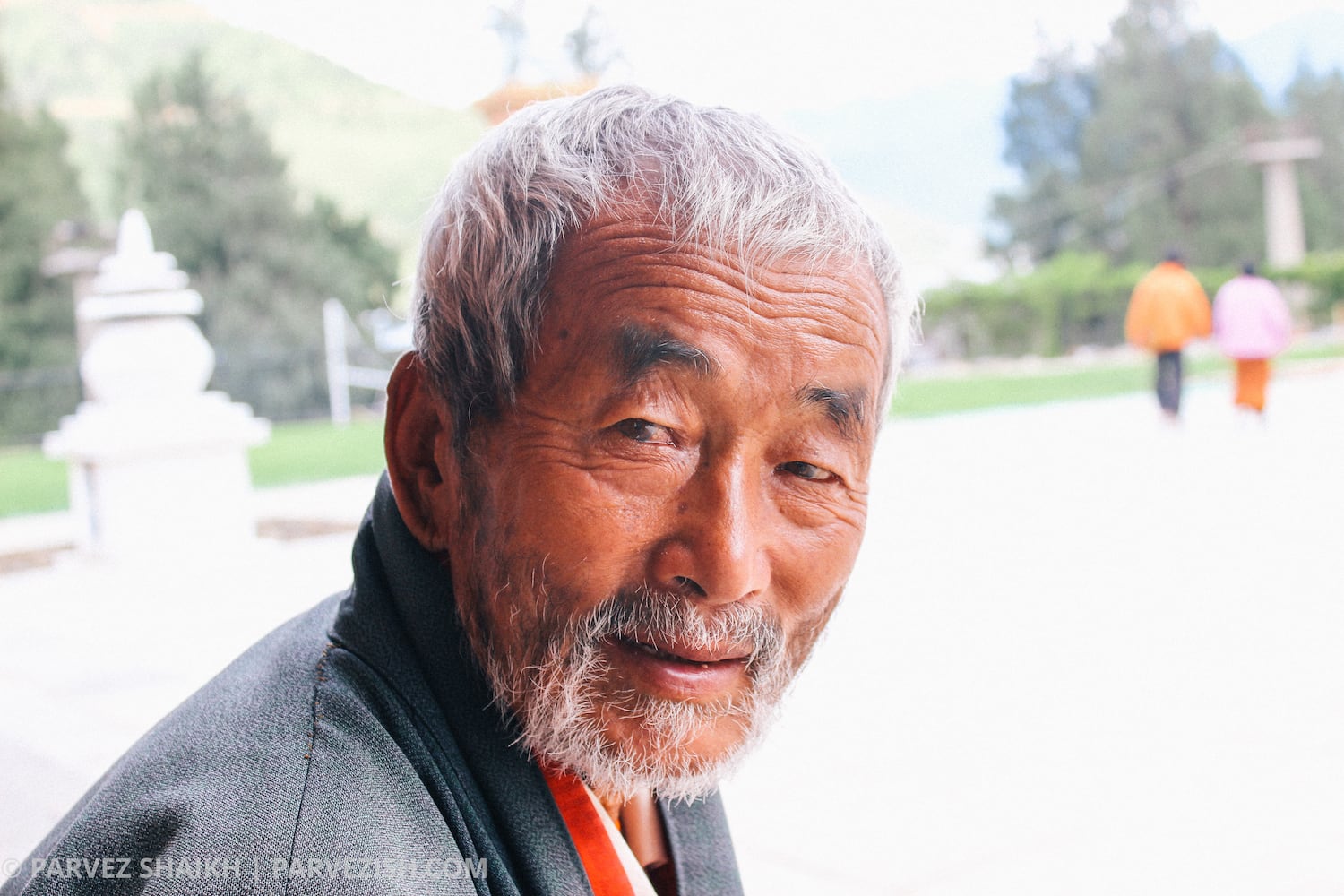 Most people in Bhutan keep to themselves. Elders spend most of their time in temples while youngsters usually hang out with their friends. There are no staring eyes that follow you, very low crime to worry about, and people are ready to help you along the way.

I loved the hospitality of Bhutanese people and if there was only one reason I would love to visit the Kingdom again, I would choose people of Bhutan.

Okay, let me confess. Those lovely people of Bhutan aren’t the only reason I would love to visit the country again. It’s actually the food I enjoyed there, too.

Bhutanese food serves as the perfect example how simple, everyday food can be very delicious, too. Be it Bhutan’s so-called ‘national dish’ ema datshi (cheese chilly) or just a bowl of some vegetable rice – I thoroughly enjoyed Bhutanese cuisine.

Almost every dish you eat in Bhutan is cooked using organic ingredients. Most houses in rural Bhutan have their own farms and it’s a pleasure to enjoy food made with quality ingredients. During my stay in Bhutan, I enjoyed some interesting dishes including ema datshi, jasha maru, and sakam paa.

Eating habits of Bhutanese youth might be changing under the influence from other countries but the authentic Bhutanese cuisine hasn’t lost its charm. Having treated myself with such delicious food was a pleasure of its own.

Living in the second most populous country might be an adventure itself. Co-existing with so many people around you is something you learn from very young age in India. Dealing with dense and noisy neighbourhoods or walking/driving on roads flocked by vehicles stuck in traffic jams is an art I take pride having learnt.

When I reached Bhutan, I noticed a very positive change in this. There were very few people around the streets of Bhutan. I later learned that Bhutan’s population is just about a million people. From a huge country of more than a billion to a tiny country of a million – this was a change I liked the most.

“This is my type of country,” I thought as I walked across nearly empty streets of Paro. Things changed a bit in Thimphu which is visibly more populous than Paro. What didn’t change, however, was the amount of peace.

Bhutan came out of its self-imposed isolation in the 70s when the country opened its doors to tourists. Ever since then Bhutan has maintained a strict tourism policy which is aimed towards limiting the amount and quality of visitors as well as conserving their culture and environment.

So, in addition to few locals, I saw fewer tourists, too. Now, this is definitely my type of country!

Things that Made Me Fall in Love with Bhutan: Summing Up

While the beautiful landscape of Bhutan kept me amused, an interesting culture helped me learn a few things about happiness. The fresh air gave my running nose some rest and some helping hands made sure I had a great time in their country.

While it’s a fact that Bhutan’s idea of happiness isn’t perfect and the country’s treatment of ‘illegal migrants’ isn’t a commendable act, I do have all these reasons to fall in love with the Himalayan Kingdom. No policy, no culture, no government is perfect. Things have their pros and cons and I am no one to judge.

That’s it, ladies, gentlemen, and everyone else. You were reading All Those Things that Made Me Fall in Love with Bhutan on Parvezish. I hope you liked this article and I’d like to thank you for reading.