Saying Goodbye to Pokhara Was Harder Than I Thought 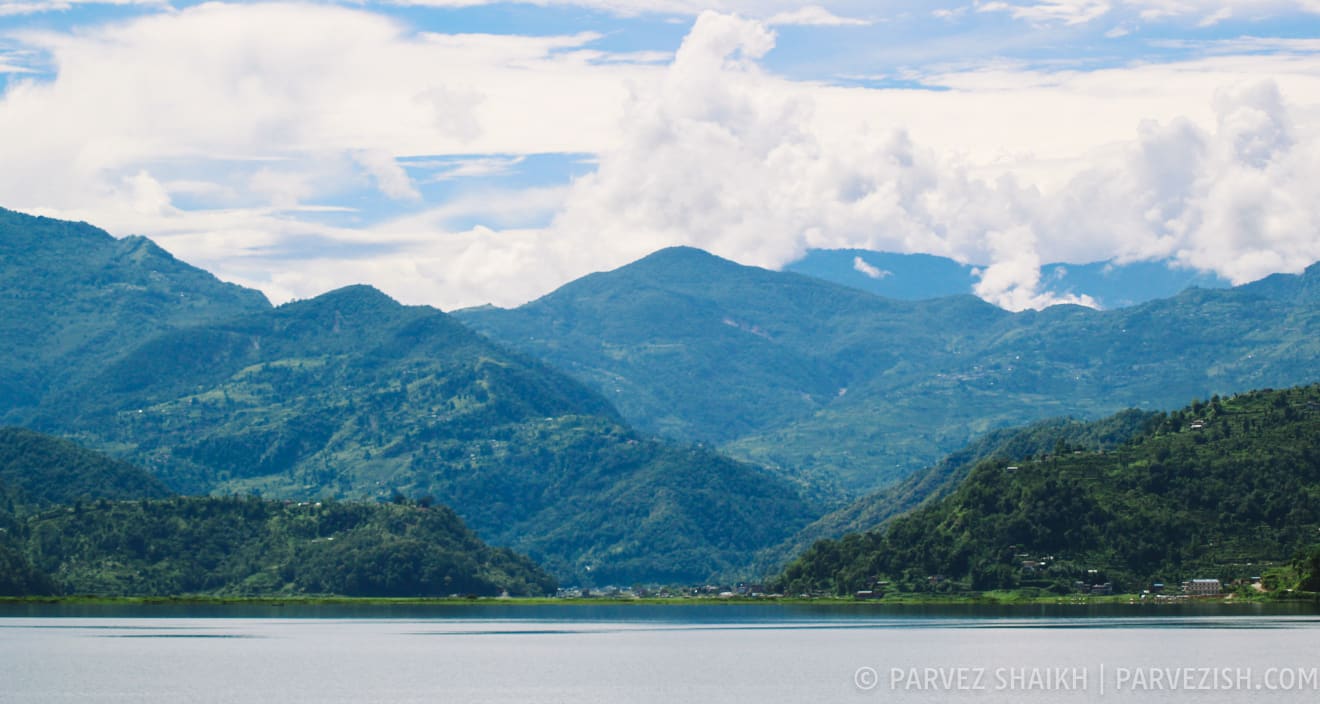 The day was finally here. The day when I was supposed to say goodbye to Pokhara – a city that I loved the most in Nepal. I had avoided my farewell for so long by overstaying here.

I entered Nepal from India via Banbassa – Bhimdutta (Mahendranagar) border more than a month ago and had been to some beautiful places before coming to Pokhara.

From the moment I arrived at the Castle Resort, I had a feeling that I don’t want to leave this place. Don’t we all have that moment when we love a place so much that we think “Oh, I just want to stay here forever.”

My Attachment with Pokhara

With each passing day, I had enjoyed my time with Joe of the Castle Resort, his boxer dogs, his friend Govinda, his staff members, locals from around the place, and many travelers from around the world. A week before my departure, I met Myriam and we became really good friends.

Waking up early to the soulful sound of birds, sitting outside my room overlooking the Phewa Lake, a bicycle ride around the city, meeting some lovely people on my way, enjoying time with everyone – all of this had become a daily routine for me.

I didn’t realize when and how I became so attached to these people and the city itself. In a few days, I started feeling like I was born there and I was supposed to be there – forever.

I was supposed to move from this place but I couldn’t do that for so many days. This was not a good sign for me for sure. I am a man on an infinite journey, a man on his pursuit of happiness. I am a traveler – or as Joe puts it – a ‘rover,’ and I should not be attached to a place this way.

But I couldn’t help it. If I was a regular tourist, I would have made plans for arrival and departure. But that’s the thing. I never make plans. I am not sure what would I be doing tomorrow. And may be that’s why I couldn’t move my feet and say goodbye.

The bond between me and Joe was getting stronger with every day I spent at his place and I could feel it in my heart. I am not sure I had ever met a person with whom I felt such a connection. A connection that I can only understand but not explain.

Joe had received me so well from the very first moment I met him. He made sure I never had an issue with the place, my food, my health or my comfort.

During the evening, we would sit and relax – enjoying our drinks together and his friend Govinda would join us sometime.

Joe would recall his memory and share his experiences from his travels. He also introduced me to the world of Irish music, which I surprisingly loved so much. Listening to some Irish tunes, we would sit there talking for hours.

It was a regular evening. We were sitting at the bar and enjoying our time. I saw someone approaching the entrance and this was the first time I met Myriam.

Myriam aka Mimi was from Luxembourg. He was visiting Nepal with his husband – who is a Nepali citizen. From the moment we met, I and Myriam felt some sort of attachment that can not be explained in words. But we could understand that connection.

I would sit with Myriam for a few hours every day and we would talk about life, love, and happiness. Myriam turned out to be such a good listener that I could open up myself in front of her. I could talk just about anything with her and would not fear being judged.

During one such conversation, we realized that we were soulmates – a term usually used to define romantic relationships. But we both knew what exactly this term meant.

During my time with Myriam, I visited Ropain – the rice planting festival. I was also able to attend a Nepali marriage thanks to her and her husband’s humble invitation.

The Decision to Move Ahead

The decision to leave Joe, Myriam, and Pokhara didn’t come easy. But I had to do it. I didn’t want to go back to my comfort zone from which I had maintained a distance for so long. The day finally came when I decided to book my tickets to Bhutan and making it certain that I will leave now.

I shared my decision and the dilemma of going or staying with Joe. He advised me not to change my desire of visiting the Himalayan Kingdom of Bhutan. Myriam said the same thing and told me to continue my journey.

I closed the booking page twice before finally hitting the Pay Now button and buying the ticket. There was some invisible force stopping me from doing this. This force, I figured, was the love and attachment towards the place and its people.

I Suck At Goodbyes

The moment I had avoided for so long was finally here. It was time to leave everyone behind and continue my journey.

I woke up early and got ready. Both Joe and Myriam woke up early, too. Joe’s dogs – Kylie and Tigra – were also there to bid me a farewell.

As the moment of my departure was getting nearer, I felt emotions running wild in my body. I didn’t like this feeling but I had to control my self. I had to think forward and move.

The taxi driver Poudel came to pick me up. As we walked towards the exit, my heart was beating fast and emotions were still running wild. I put on my glasses to cover my eyes and kept moving.

Joe and Myriam were there to see me off. It was time to say goodbye but I suck at goodbyes. I don’t know what to say when you leave someone. I don’t know how to behave, or if there are some etiquettes which need to be followed.

I am also bad at hiding emotions. I just wanted to get out of the place at the earliest to avoid any unnecessary scene. But it wasn’t easy. As I sat in the taxi and it started moving, I was looking at Joe and Myriam – both of whom were waving goodbye to me.

In a journey that began from India, I had visited Bhimdutta, Shuklaphanta, Bardia, Lumbini, Tansen, and Pokhara. Now it was time to leave Pokhara and reach Kathmandu from where I had a flight to Paro, Bhutan.

But there’s no excitement if everything goes according to the plan, right? What happened on my way to Kathmandu? I will tell you in my next article.

And what about you? Have you been to a place that you fell in love with and never wanted to leave? Have you met someone so special that you can not define your relationship in simple words? Do you suck at goodbyes, too? Do share your thoughts and experiences with me.

Also Read: Pokhara to Kathmandu via Bus: We Got Stuck In A Landslide for Hours